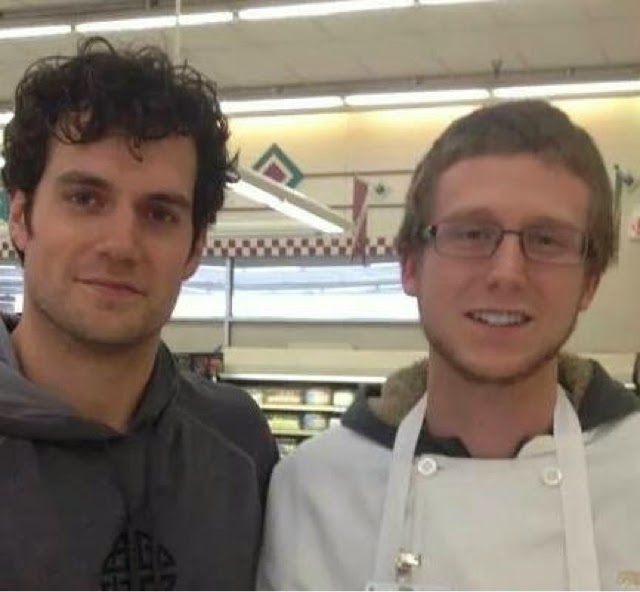 First thing we noticed in this new pic reportedly taken in Detroit last week was OF COURSE the sexy cuuuuuurls! -- next thing? the Legendary LIVES. It's no secret around these parts how much we love seeing Henry wear his studio swag. In fact we were pretty shattered, when news broke that Legendary and Warner Bros. were parting ways last year. So you can probably understand (or not) our excitement at seeing Henry wear that sweatshirt with the Legendary logo.

Just this past weekend Crave Online got a chance to chat with Legendary Films’ CEO Thomas Tull. Guess who he mentioned as he looked back at last year's turn of events..

Since you worked on Man of Steel, do you get to work on Batman Vs. Superman too?

No, sadly our 10 year run with Warner Brothers and being in the Batman/Superman business has concluded, so we moved over to Universal/Comcast and I will be there as an ardent supporter of Zack and Henry and everybody opening weekend.

Man, he clearly likes those two. More the reason, why it's nice to see Henry proudly displaying the Legendary logo. 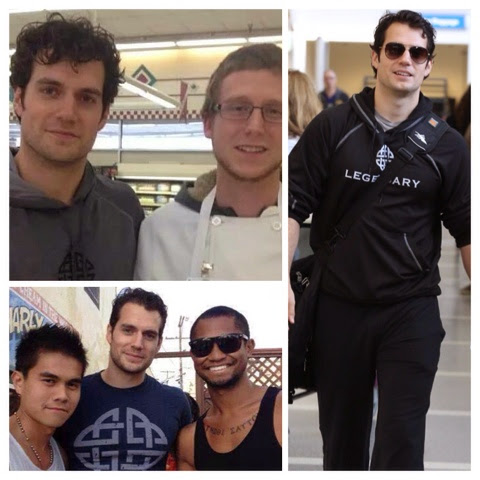 Anyway, back to the fan encounter. Jordan reportedly first saw Henry at the Detroit store where he works late last week (guess he had just returned from CA).

"I turned around and he was next and I just froze there for a second. lol"

When he saw him again, he didn't miss the opportunity to ask him for a pic:

"HE CAME BACK!! HENRY CAVILL I got a picture with super man this time: ))"

That's Henry, always taking time for a fan picture. Now to the PSA: We would love to link back to the fan who posted this amazing story, but unfortunately lately many of these encounters are being shared online without a link back to the source. It's a shame because those fans, like Jordan, deserve to hear that you loved their pic. That this photo made your day. They certainly deserve the praise, because.. cuuuuurls!

In the meantime, you don't credit - we don't credit you. It's not just us saying it by the way, check out what "source cops" (named accordingly) have to say about proper sourcing:

WHAT IS A PROPER SOURCE?

This is going to be a short one. A source is any kind of link or reference that can directly lead someone to the original upload/publication and/or author of something.

Like that post, you can find many more stating the same. There is no excuse for not linking back. Yeah, we're kind of "via" defenders like that. Quoting Steve Weintraub over at Collider:

Email ThisBlogThis!Share to TwitterShare to FacebookShare to Pinterest
Labels: Detroit, Fanboy Moment, Henry Is Such A Sweetheart, Legendary Love