Can Henry Dance? Wouldn't You Want To Find Out

We've heard rumblings here and there, that a certain Man of Steel can rip it up on the dance floor, and a newly found pic from his weekend in Chicago at the very least proves he likes his club scene. 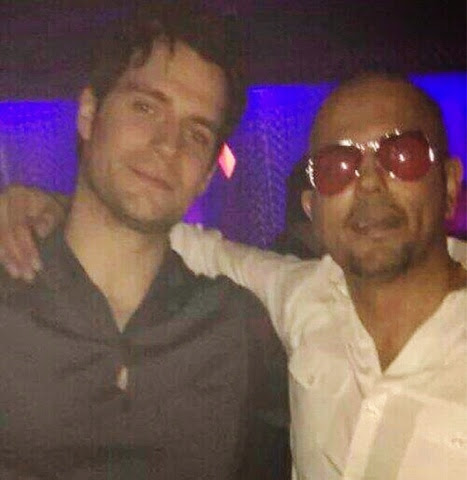 Arif reportedly hung out with Henry and his girlfriend Gina Carano at Castle. The club caters to the very hip (clearly we would stick out like a sore thumb) and that once again raised the question: can Superman really dance? - well he certainly gave us a preview (Henry, don't kill us for this) when he showed off his moves in Laguna (2001). Fast forward to that scene at 58:40, but really watch the whole movie. You can thank us later.

We've also seen him show off his best (and oh, so sexy) dancing moves in The Tudors..


But in the last few years, NADA. The one brave soul who dared to ask Henry to dance got shut down (in a very, VERY funny way) at last year's Comic-Con. And yes, she recovered.

So guess for now we're left wondering what his signature move is.. as long it's none of these. We draw the line at Twerking ;)

P.S. If you own the photo in this post, please let us know so we can give you a proper shout-out. Loving the Rose-colored Aviators!
Posted by Blog Administrator