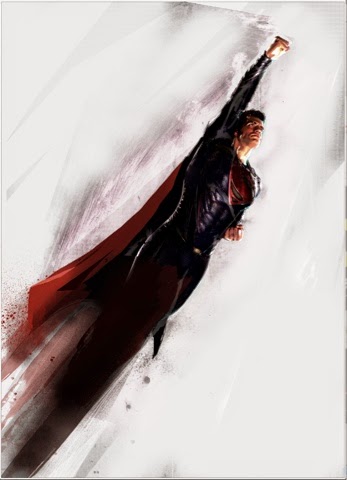 It's not news some of you Man of Steel fans want to hear, but very exciting nonetheless. As you know Kevin Smith has been dropping hints about the Man of Steel sequel (he was the first one to tell us about the batsuit). Now in his latest podcast, he talked about a Justice League storyline that stretches beyond Batman v Superman and the initial JL:

“They’re obviously beginning something, and there’s a stretch of these flicks. And so this is the beginning of the Justice League, as we all suspected as they were announcing that cast. We were like, ‘This is the beginning of a Justice League movie.’ From what I understand now, it’s no longer like, ‘This is Superman 2.’ They’re not doing these things. They’re doing like, ‘Here’s Man of Steel. Here’s Batman/Superman: Dawn of Justice.’ The next one is not like a sequel to one of the characters. They’re just going to keep building their universe for about five or six movies. But all of them, it’s supposed to tell one massive story, which is all Justice League oriented."

Screenrant has more on what that could mean for Man of Steel. The article is a must read.

We also have an update from Detroit via MLive's Eric Lacy. He talked to an official who shared some location details involving Batman v Superman. Check out the entire Q&A at MLive.

Filming on Batman v Superman is underway in Detroit. We're bringing you the latest as we get it.
Posted by Blog Administrator