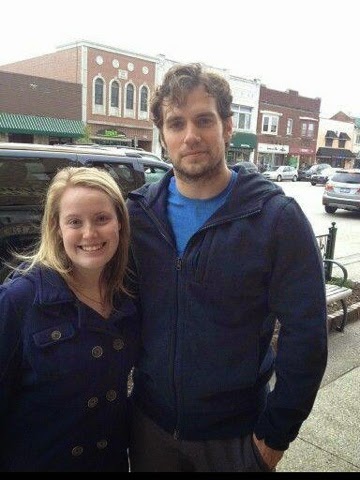 This should be everyone's reaction after meeting Henry Cavill. 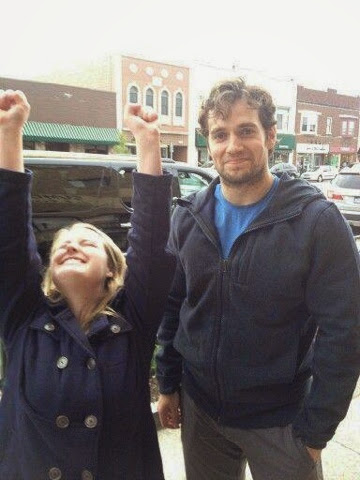 UPDATE: @AloraFalconer (IG) is the lucky girl who got these great photos with Henry a few weeks ago in the Detroit area. Thank you for reaching out! - below are the better quality pics Alora shared on Instagram. 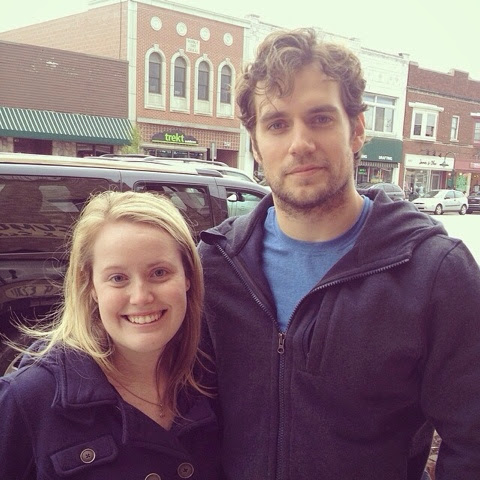 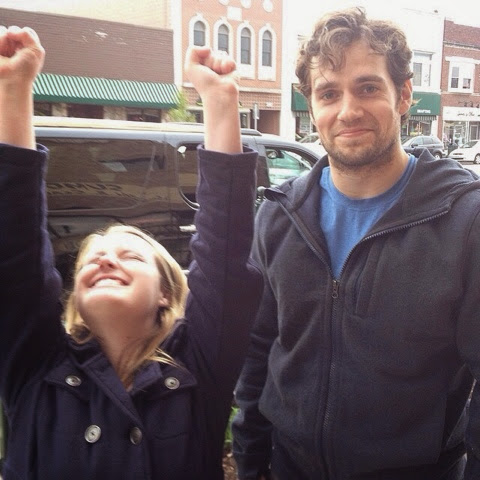 Her friend @NickRepp (IG) also got a pic with Henry that day. Nice! 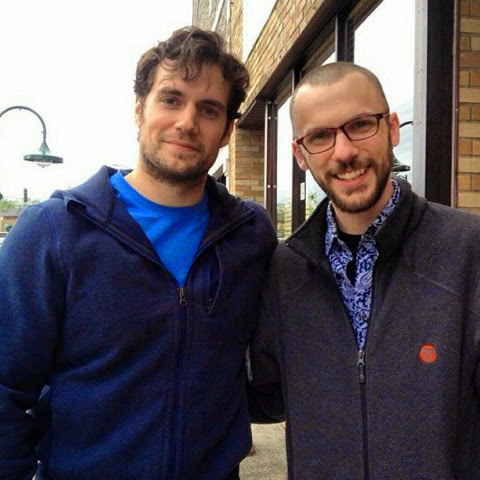 Alora shared her story with us, about how she met Henry:
I was driving about ten minutes away from downtown when I saw my cousin posted a picture of him and her in her store (I checked my phone at a stop light..don't text and drive!) ;) I thought I would head down there to see if he was still there, he has visited downtown a few times since he's been here. He wasn't at the store but his car was parked right in front, sindi said he was going to get something to eat. I decided to stick around the store for a while and see if he was coming back. I handed out samples for the store, I wanted to do something productive while I waited haha. A little while later, nick says to me "oh my god, it's him!" I turned around and just froze. Another friend who was with us asked him if he would take a picture. In that beautiful British accent he said, "oh yes, of course!" I walked to him, shook his hand, told him I was his biggest fan. He thought that was amusing. I don't know what came over me, I said "take a picture of me like this because I've finally met him!!!" And that's when I threw my hands up in the air. Everyone thought I was crazy but it was so worth it!! :)
Thanks to Alora and Nick, and as always thanks to Henry for being so awesome with his fans. Have a great weekend everyone!
Posted by Blog Administrator