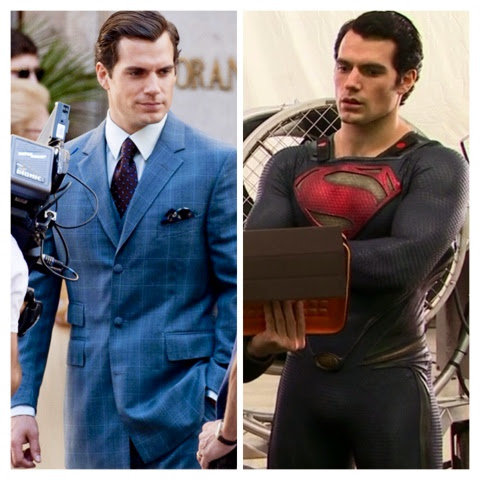 Today we have an update on Henry's two upcoming films. First up, looks like work has resumed at the Kent farm in Yorkville, IL ahead of Batman v Superman filming there reportedly in the fall. A fan just shot this video, check it out.

Illinois is just now thawing out from a brutal winter, that left the farm with a blanket of snow for months. And while it looked like construction was finished when Lauren checked out the location for us, it now appears work remains to be done. This week Warner Brothers confirmed that Illinois is one of the places where Batman v Superman will be filming. We hear Yorkville may not be the only location in that state where the cast and crew will be shooting. Stay tuned for details. Back in Detroit, the only sighting we've had of apparent filming was last Friday, when Gal Gadot and director Zack Snyder were spotted on set. As we did with coverage on The Man from U.N.C.L.E. shoot, we'll go case by case in reporting potential locations. Our goal is to bring you the latest information and pictures, without disturbing the production work if possible. Then again if a set is so big everyone knows about it, we'll share that with you as well. Speaking of U.N.C.L.E., you'll remember Henry was spotted doing work in Detroit for the film just a few weeks ago. Now we have an update from actor Dan Westwood, who gave us a really cool preview of what to expect from the spy film when we spoke to him last month. He just confirmed that one last round of reshoots took place this week, and this time around he stood-in for Henry.


Henry shot at Regent's Park in London shortly after filming began last September. You can catch everything from that location in these posts: 1/2. 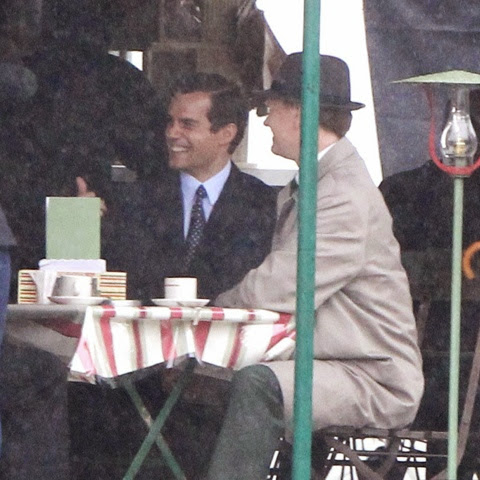 Dan went on to exclusively tell us a little bit more, about doubling for Henry on the U.N.C.L.E. set this week:

I was only a costume double for him before, but this is doubling 'proper', as it were! - I had the costume fitting yesterday, two very dapper suits indeed!! Don't mind if I do...

He also shared a few details about last month's reshoots at the studio:

They had me up to my neck in a big tank of water outside in the middle of the night!! Which was fun...!

Dan is a funny guy as you can tell, and we can guarantee he will make a more than proper stand-in for Solo! - Less than eight months to go until The Man from U.N.C.L.E. hits the big screen. Look for updates as we get them.

Email ThisBlogThis!Share to TwitterShare to FacebookShare to Pinterest
Labels: All About Henry, Batman v Superman, News, Production, The Man from U.N.C.L.E