UPDATE: KOAT has a first look at construction on the Batman v Superman set in NM. -- WATCH. 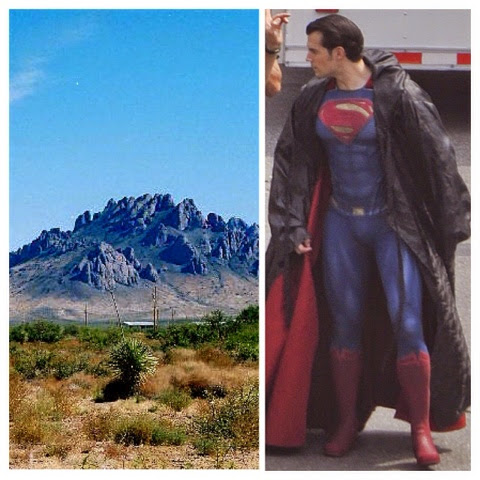 Now that the word is out that Batman v Superman is headed to New Mexico to film some African scenes next month, area journalists have begun asking questions. KRQE did a nice job with their story, confirming production is not there because of Ebola fears as some reports claimed. They also flagged us to the fact that this isn't the first time Superman has been there:

New Mexico itself has a big Superman connection. Scenes from the 1978 Superman film were shot in a part of Red Rock State Park near Gallup now known as Superman Canyon.


WATCH KRQE's report and read the transcript (thanks for the shout out!).

As we told you earlier this week, filming in New Mexico is expected to begin in mid-November, after the Batman v Superman cast and crew shoot scenes in Chicago and surrounding areas. Production is set to wrap by the end of the year.
Posted by Blog Administrator