Batman v Superman: MSU Tweets Up A Storm Ahead Of Filming 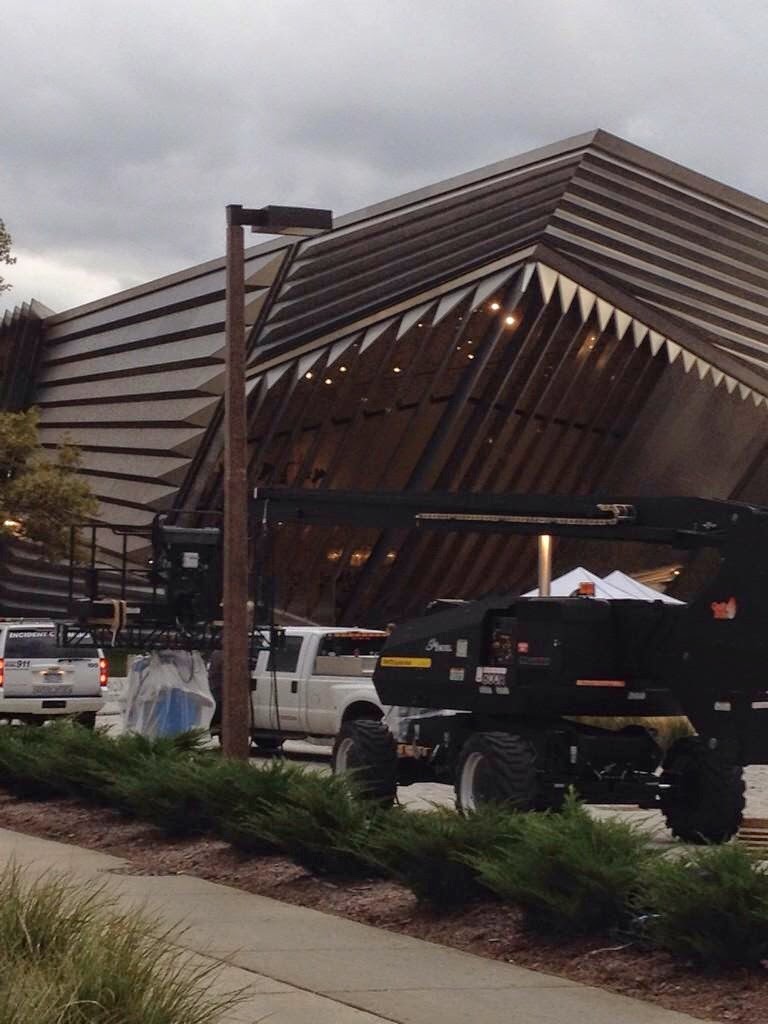 UPDATE (10/15): No star sightings so far, but a few updates on the crowds and the scene at The Lansing State Journal, Fox 47 News and WILX TV news report.

As dawn broke this morning in Detroit, things seemed peaceful enough at the studio. But in the meantime in East Lansing.. crazy times!

The Broad Museum at Michigan State University today was getting readied for filming there this week. And it's safe to say pretty much everyone on campus knows about the Batman v Superman shoot.


They are definitely setting up some sort of a bar inside the Broad. I assume that's part of the set.. @thesnews pic.twitter.com/mrvuQxxoBc
— Greg (@GregMonahan) October 14, 2014


And while we really don't know what cast members are filming at MSU, here's a clue..


A truck outside the Broad has the fictional company logo of Superman's nemesis, Lex Luthor. pic.twitter.com/eoAltlLX93
— Simon Schuster (@Simon_Schuster) October 14, 2014

Extras were hired for filming on Thursday and Friday nights (fancy party scene) -- but you know how shoots are.. things change.


Walking through a movie set was neat while it lasted. The Broad is being fenced off, guarded by special events staff. pic.twitter.com/KzTMiSMEQw
— The State News (@thesnews) October 14, 2014


If you live in the area and happen to run into Superman.. or Batman let us know! -- happy star-watching everyone. We'll be bringing you updates all week.
Posted by Blog Administrator