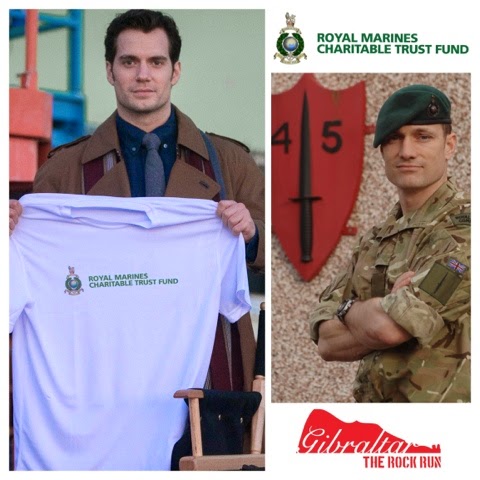 With just three weeks left until the Gibraltar Rock Run, someone has given a huge boost to Henry's Royal Marines Charitable Trust Fund effort. The £2,000 donation has put Henry at 42% of his £20,000 target. In true giving nature, the person remained anonymous. Your donations have been coming in steadily, and your messages to Henry are truly inspiring. No amount is too small, to help a charity whose president calls "the regimental fabric of The Royal Marines." WATCH.


Henry became an ambassador for the RMCTF earlier this year, and will be participating in the grueling Rock Run with his Royal Marine brother, Lieutenant Colonel Nik Cavill. Henry says it will be a day "he'll remember fondly."

Let's make sure he knows we're behind him all the way. Sponsor him at his official JustGiving page, leave him your words of support, and stay tuned for complete coverage from Gibraltar.
Posted by Blog Administrator