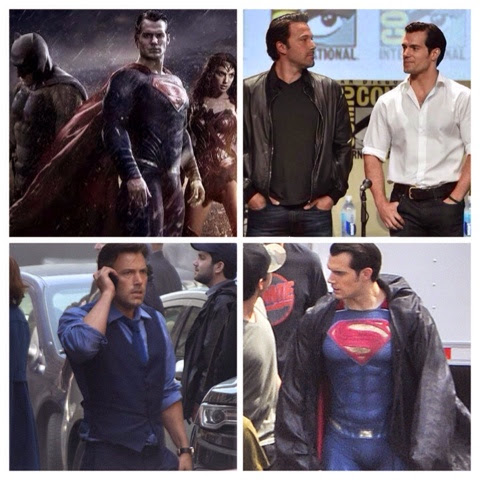 "We wanted Batman to tower over Superman. Not hugely, not like a basketball player. Superman needed to 'look up' to Batman. We wanted that dynamic, and Ben could do that, easily."

Batman v Superman producer Charles Roven, recently shared some major casting details during his visit to Loyola Marymount University School of Film and Television. He talked about Ben Affleck and how he was "the first guy" they approached to be Batman and much more. You can read the full transcript at The Hollywood Reporter or watch below or at this link.


This week Batman v Superman is filming at the Broad Museum in East Lansing, Michigan and everyone is SO ready! 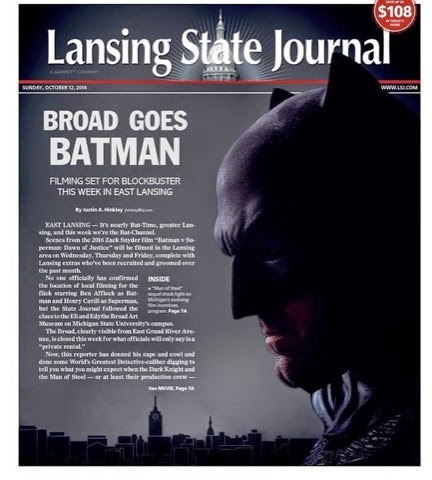 The Lansing State Journal tried to pull a Clark Kent, by filing a formal request for information to try and get some details on the shoot. Michigan State University will have to answer to the newspaper.. but the school is taking its sweet time:

The Broad, clearly visible from East Grand River Avenue, is closed this week for what officials will only say is a "private rental." MSU apparently needed more Bat-Time to respond to a Freedom of Information Act request about the name of the renter and the cost. The university said this week it needed until Oct. 22 to come up with an answer.

Of course by then the cast and crew will be long gone. Touché MSU.

If you're in the area and want to catch some of the filming, look for the pink camera!

Finally, last we heard composer Hans Zimmer was considering doing the score for the follow-up to Man of Steel. After getting a taste via YouTube of his live performance in London over the weekend, we are really hoping that becomes a reality.

Look for the latest from Michigan as we get it!
Posted by Blog Administrator