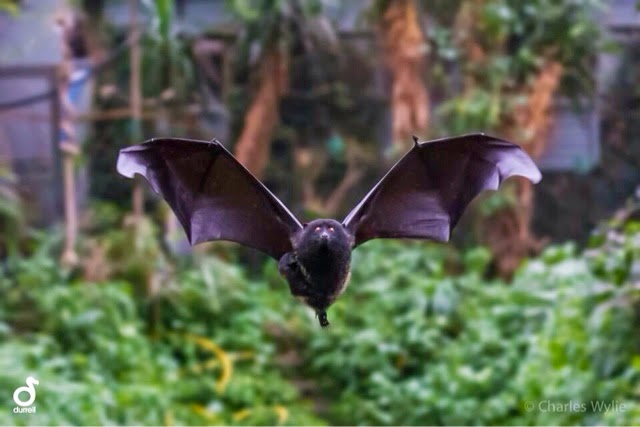 In this amazing photo by @CharlieJSY, you can see Christabel's pup hanging on... she's flying for two! @BatConIntl pic.twitter.com/sdsjoeN1b8
— Durrell Wildlife (@DurrellWildlife) October 6, 2014

The minute we saw this sweet picture, we knew we had to learn more about Christabel and her baby. So we reached out to Durrell's Rick Jones for details on the endangered fruit bats, who currently live at the Wildlife Park. And you don't want to miss what he had to share:

Christabel's pup was born sometime in the night, between the 27th and 28th of August. We haven't given the little one a name yet, but the keepers will choose over the next few weeks. When Christabel starts to 'park' her growing pup to go and gather food – they get too heavy to fly with – we'll be able to get a good look, and once we do, it'll quickly be obvious to us whether it's a male, or a female. This can be weeks or months, depending on how strong the mums are – fruit bats are true aerial athletes, too.

We've had a total of eight Livingstone's fruit bats born at Durrell this year, which is fantastic because they are the most threatened species of fruit bat in the world, and one of only two species to be part of a managed European captive breeding programme (and both started at Durrell). The other species was the Rodrigues fruit bat – which used to be the rarest fruit bat in the world, until Gerald Durrell stepped in, in the 1970's. In 1972, a combination of 'clear-felling' trees in Mauritius, along with a series of cyclones had left just 65 'Roddies' in one tree… and there was another cyclone on the way. Gerald Durrell acted fast, bringing 25 of these golden bats back to Jersey to start a 'safety net' population. At the same time, Durrell staff in the field began restoring and protecting the island habitats for them. Now, whilst they are are still under threat, their populations have come back to a far safer number. We are aiming to do the same for Christabel's species; the Livingstone's fruit bat; which is now facing similar threats on their native (and nearby) Comoros Islands. 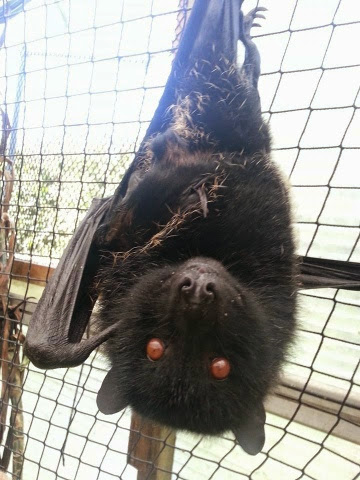 Visitors love them; their cute black fox-like faces and round 'Mickey mouse' ears are anything but creepy, and they all have distinct personalities. Some are bolder than others, and when Henry visited them, at least one of them was trying to look in his pockets, to see if he had any fruit with him!

When most people think of bats, they imagine spookiness, night-times, squeaky calls – the famous bat echo-location method – and, of course, vampires. Christabel and her kind don't fit this stereotype at all! Megabats – or Megachirpoptera– both proper scientific names for the sub-order of fruit bats or flying foxes, are active in the daytime, use their eyes to find food (most don't echolocate) and would prefer sucking nectar to necks any day! On a serious note, tropical rainforests without fruit bats become what we call 'hollow forests'. Without the spreading of seeds by bats, most of the flowers and fruits stop growing. When this happens, you literally get a top-down loss of biodiversity, as falling fruits add nutrients to soil, as well as feeding animals from the biggest mammal to the smallest insect. Fruit bats are a vital support system for forest food-chains. 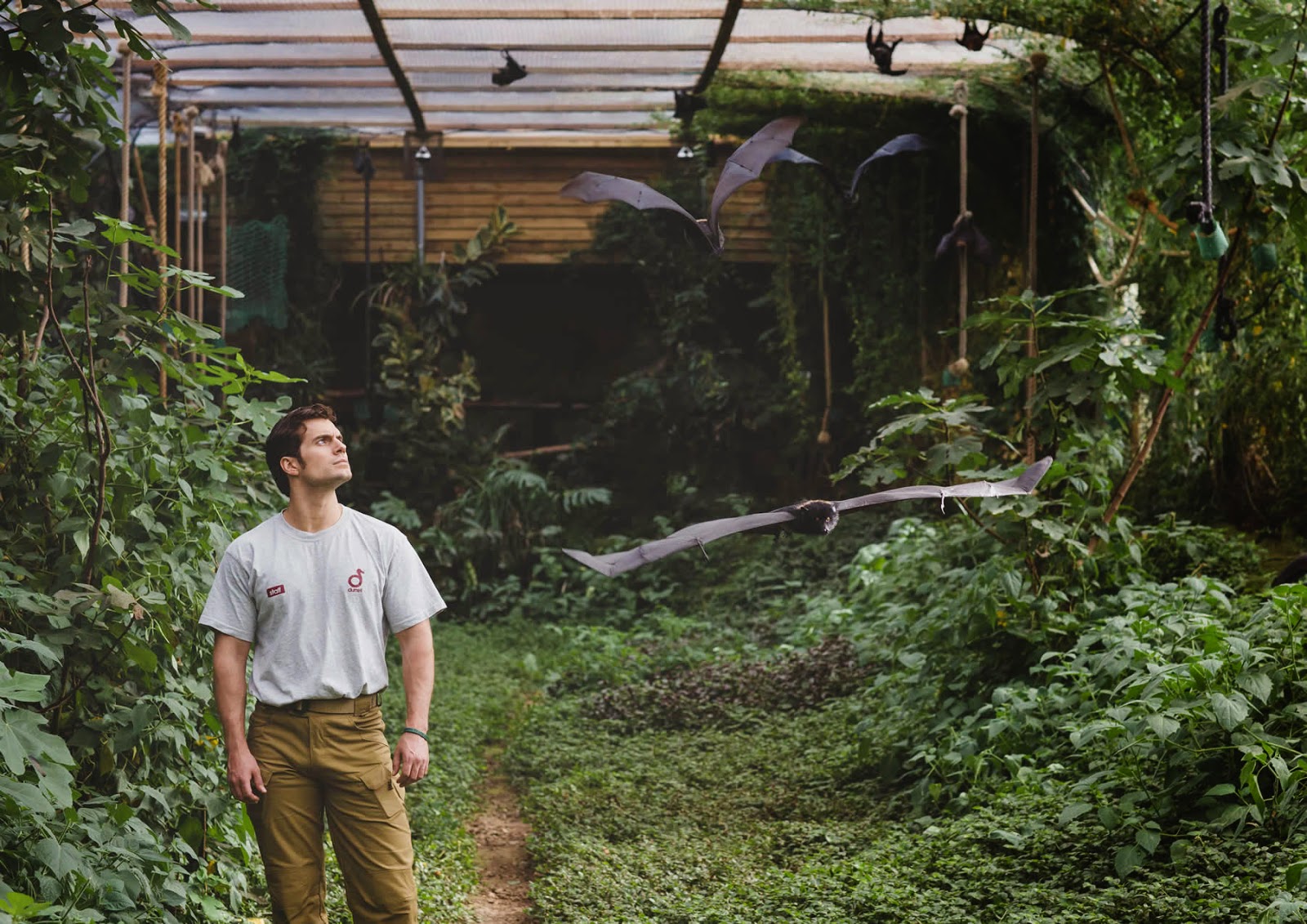 As I mentioned in previous comments, we are so fond of these bats, and so proud of our 'Island Bat Roost' eco-building (which is totally made of recycled materials and heated with soiled animal bedding and dried poo – all free fuel) that we just had to show Henry how cool it was. He definitely agreed, and one of the best moments for us was seeing Henry interacting with the bats. He wasn't nervous at all, but was obviously excited, and as our Head of Mammals Dom Wormell put it "he's a natural around animals". When we came out, Henry thanked Lee Durrell for "the privilege" of being able to get so close. We'd argue that the privilege was ours, because since we published the image of Henry at the Island Bat Roost, so many people have learned about how amazing – and endangered – these magnificent mammals really are. 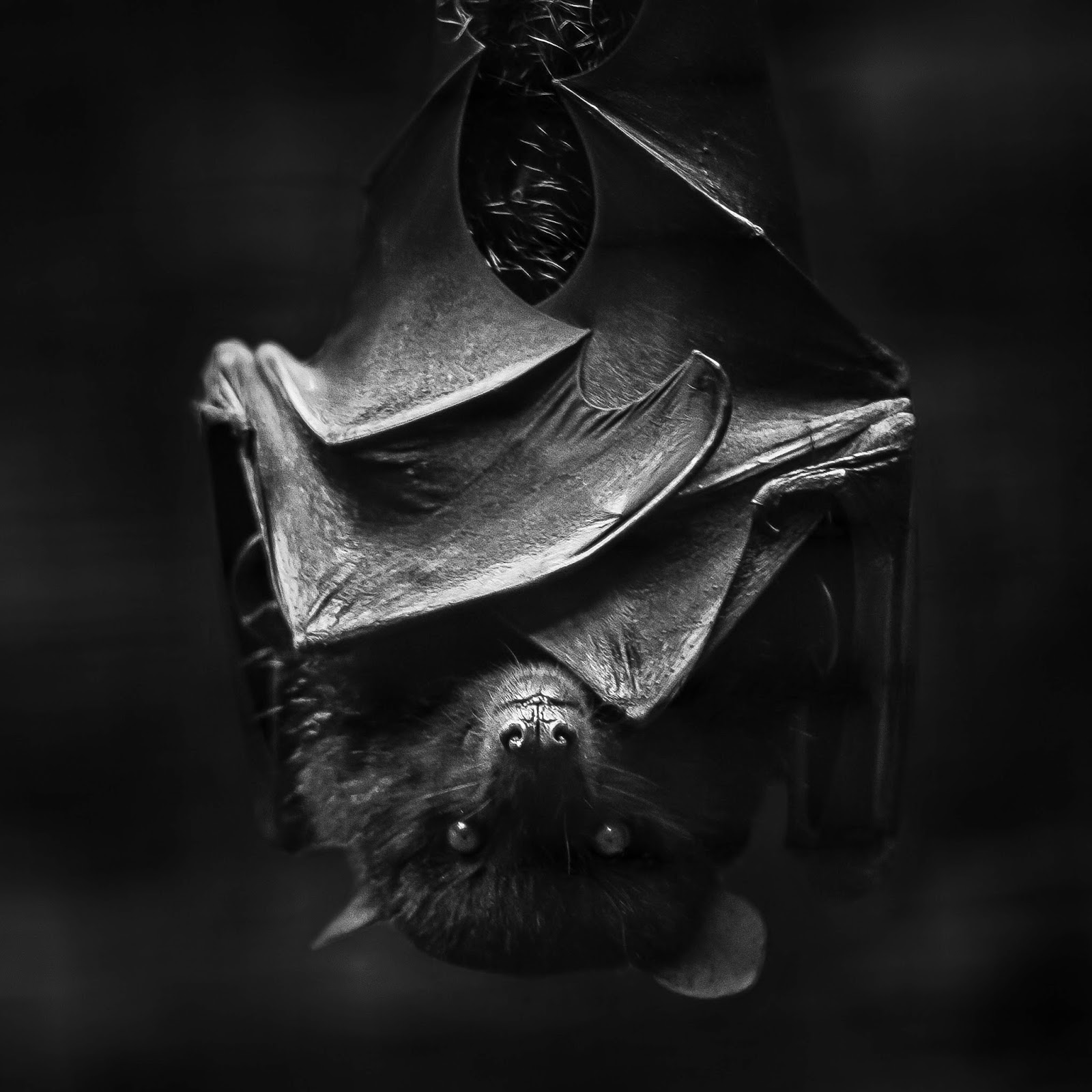 In August, Henry became the first ambassador for the Durrell Wildlife Conservation Trust. Learn all about his involvement with the charity, and how you can help him make a difference for bats like Christabel and her pup by visiting cavillconservation.com.

We'd like to thank Rick Jones for sharing a bit of what goes on behind the scenes at the park and around the world, as the Durrell team tries to save endangered animals. We hope to bring you many more updates on their work, in the months to come.
Posted by Blog Administrator