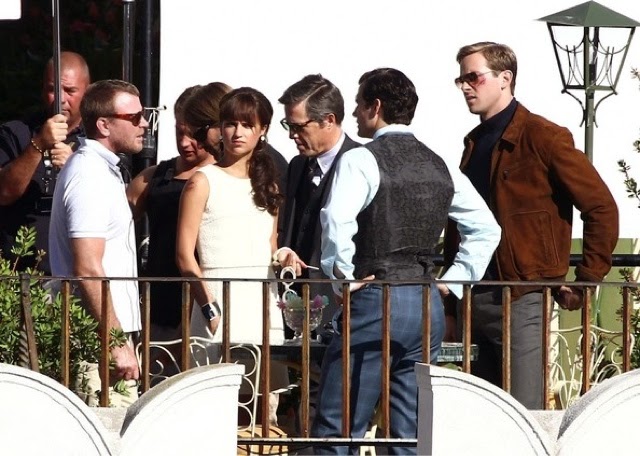 Before we see Henry reprise his role as Superman in March of 2016, we'll see him play a very different character in The Man From U.N.C.L.E. due August 14, 2015. In the film he plays Napoleon Solo, an American spy forced to work with his Russian counterpart (Armie Hammer) to stop the bad guys in the 1960s. This week costar Hugh Grant called U.N.C.L.E. "stylish" and "cool" while talking to Yahoo UK, adding that his role as 'Waverley,' is only a minor one. We're pretty sure given his track record, you can look forward to a memorable performance by Grant no matter how small the role is.

This weekend composer Daniel Pemberton finished recording the score for the film. But not before giving us some more memorable twitter updates, on how it was like to be in that London studio.


Luckily someone else much better than playing the vibes... #UNCLE https://t.co/iaJb0mUpKf
— Daniel Pemberton (@DANIELPEMBERTON) October 11, 2014


Hungarian Milk Churn makes it's debut on the #UNCLE score.. Just need a kitchen sink and we've got it all.. pic.twitter.com/gITd3zIdmR
— Daniel Pemberton (@DANIELPEMBERTON) October 8, 2014


We're eager so hear Pemberton's music, and how it complements the scenes in the film. 10 months to go! 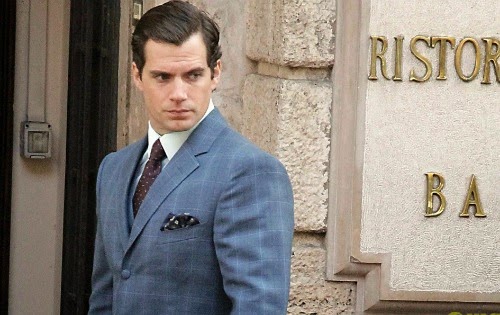 Yessssssss!!! WE ARE DONE!! And I get the very last note of recording... #UNCLE https://t.co/2JaKPiAhML
— Daniel Pemberton (@DANIELPEMBERTON) October 12, 2014

Email ThisBlogThis!Share to TwitterShare to FacebookShare to Pinterest
Labels: Music, Solo Time, The Man from U.N.C.L.E