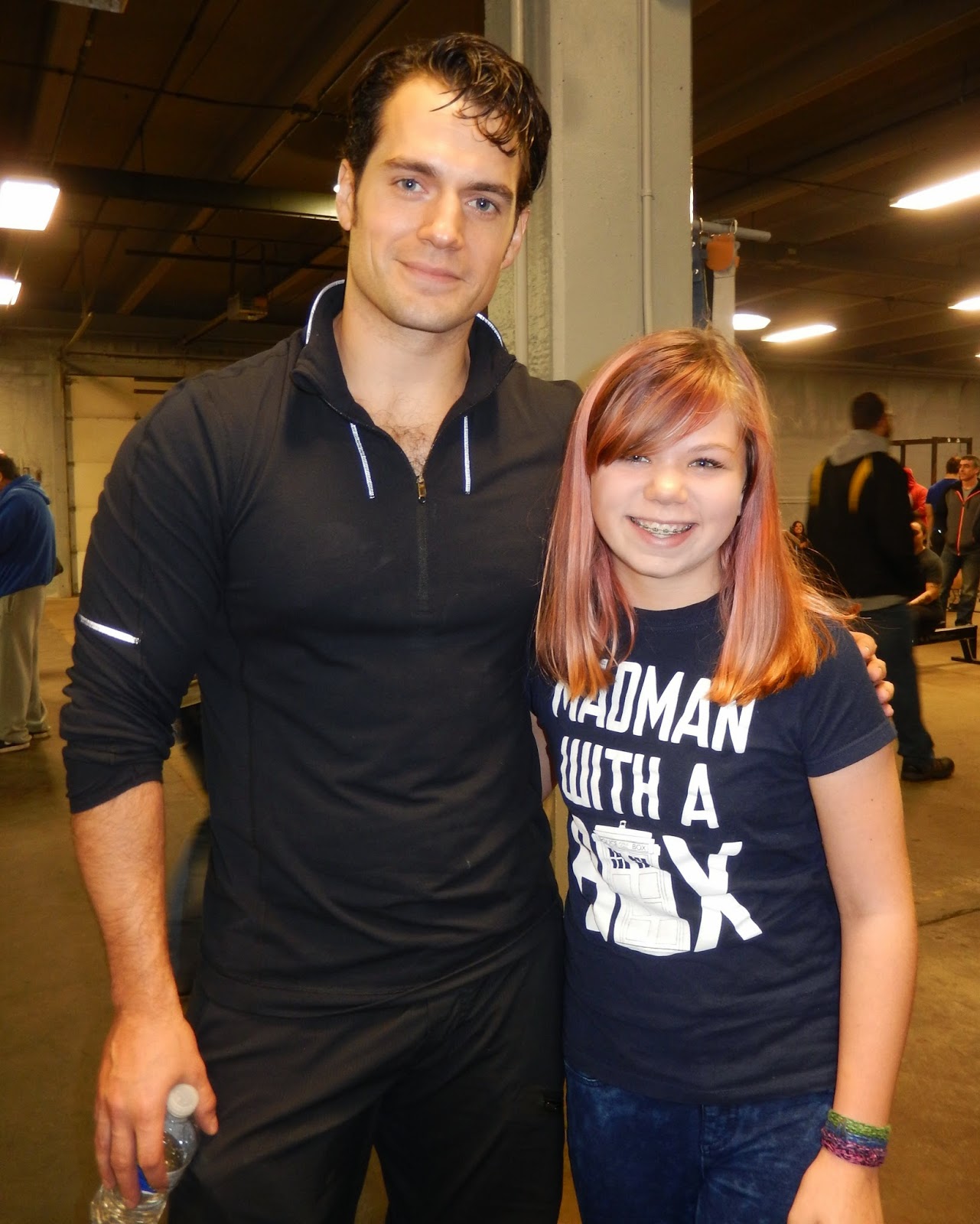 Her mom sent us her picture, after they both met Henry at the MI Barbell Classic II Saturday. Henry was there supporting his trainer Michael Blevins (@sworntoblack), as he competed in the CrossFit event.

Jen told us she was really nervous and shaking when she met Henry, but he was "so, so nice, it was like he wasn't even famous!"

She added that she loves superheroes, and she's really excited for Batman v Superman. She wrapped up by saying she wishes she'd worn her Batgirl t-shirt and not the Doctor Who one :)

Thanks to Jen and her mom for letting us share her awesome pic with Henry. We're so glad both of them got to meet him before he leaves Detroit. Catch everything from the weekend competition in our wrap.
Posted by Blog Administrator