Henry & Armie Get Their Spy On, In New U.N.C.L.E. Promo Image 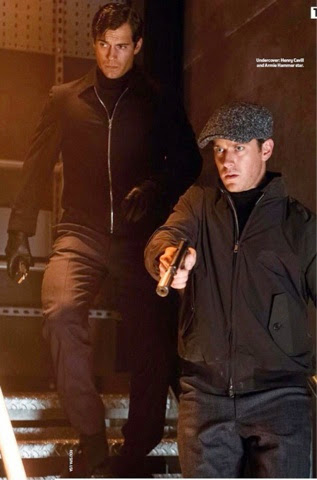 A few days ago Warner Brothers released their first official still from The Man From U.N.C.L.E. -- only we had already kind of seen it, in Empire magazine. This new promo pic in Total Film's February 2015 issue, shows Henry and Armie in action (HELLO sexy Solo!). Forget about the Batman v Superman wait, counting down to the August 2015 U.N.C.L.E. release, is becoming pure torture!

Click to read the preview, and catch up on all of our coverage during filming. 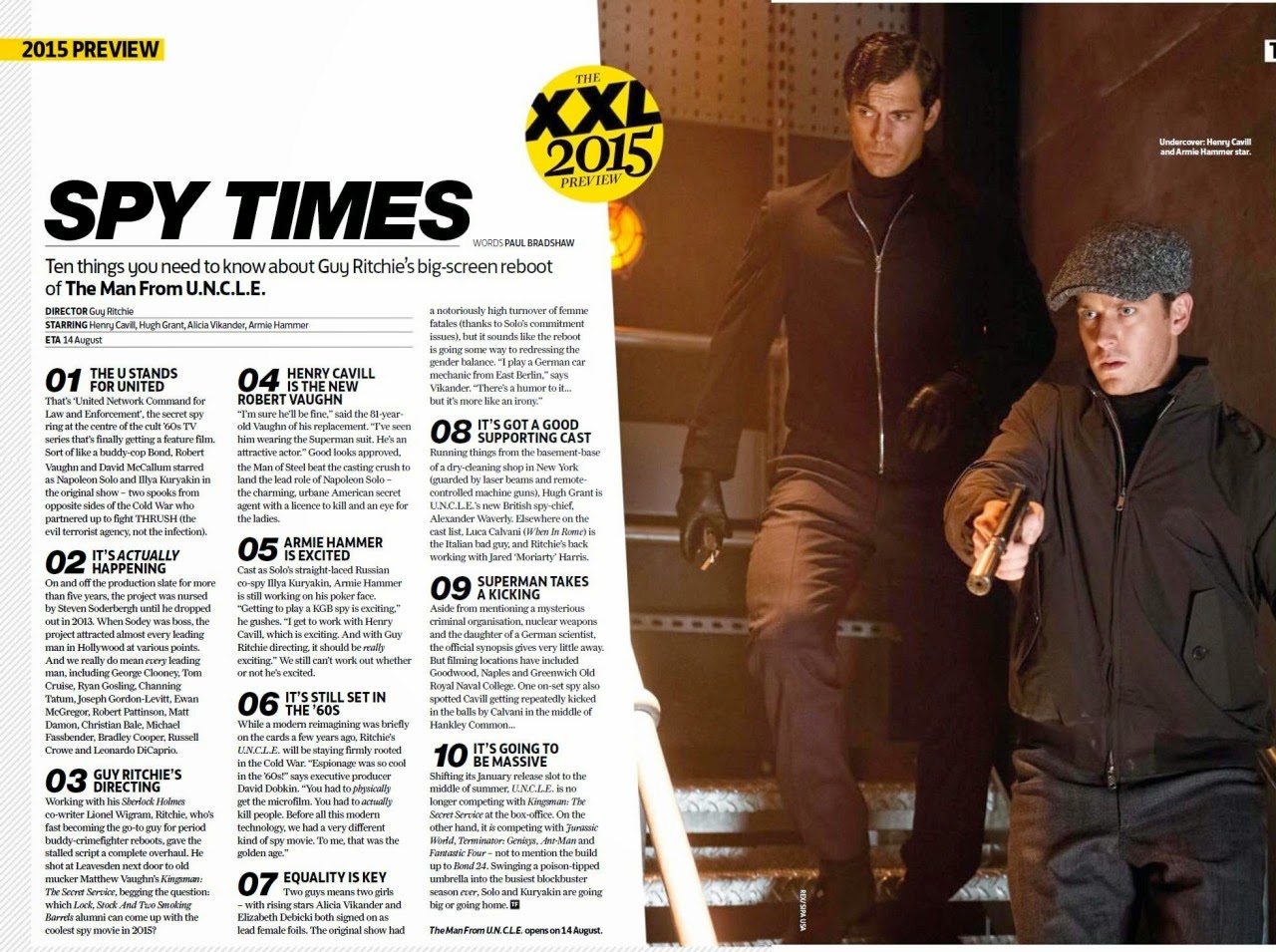 Aha! seems to us we may have an admittance of guilt as to Henry Cavill's bruise http://t.co/CSk6oMGMdM #SweetVillain pic.twitter.com/Ibr1n4jMex
— Henry Cavill News (@HenryCavillNews) December 23, 2014