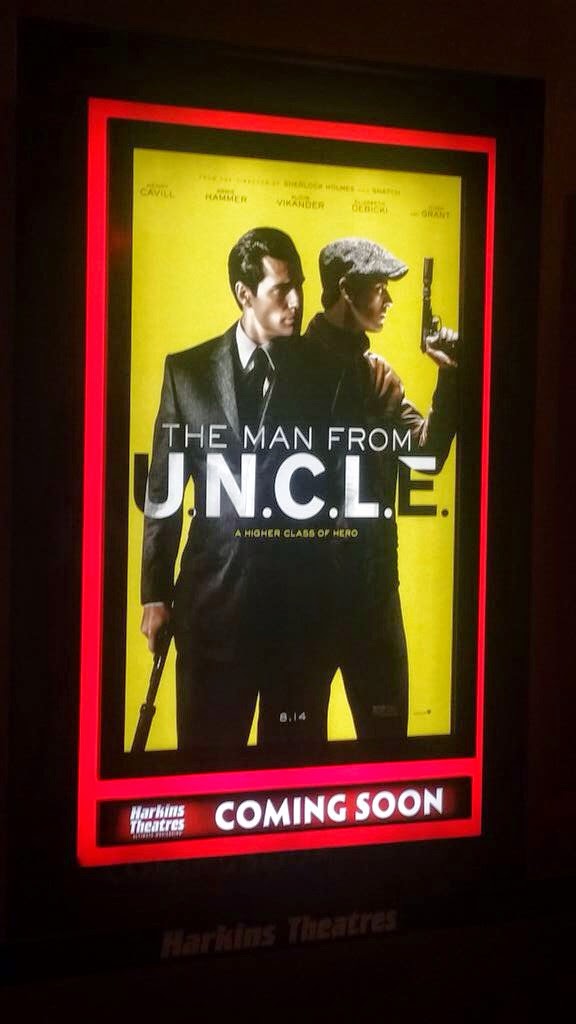 Lois Hawley lives in Mesa, Arizona -- and today she spotted the first The Man from U.N.C.L.E. poster in a theater!

Warner Brothers released the poster along with the first awesome trailer for the film last month, but it's super cool to see the one sheet in lights.

If you spot an U.N.C.L.E. poster in your town, give us a shout out. We'll share it with the rest of Henry's fans, who like us can't wait to see him kick butt as Napoleon Solo. August 14!


UPDATE 3/23: We have a sighting in London! - via the film's composer Daniel Pemberton and musician Andrew Skeet, who also contributed to the score.

Great to see the first poster for this. #DANIELPEMBERTON #orchestration #conducting
A photo posted by Andrew Skeet (@sandy_feet99) on Mar 23, 2015 at 6:06am PDT