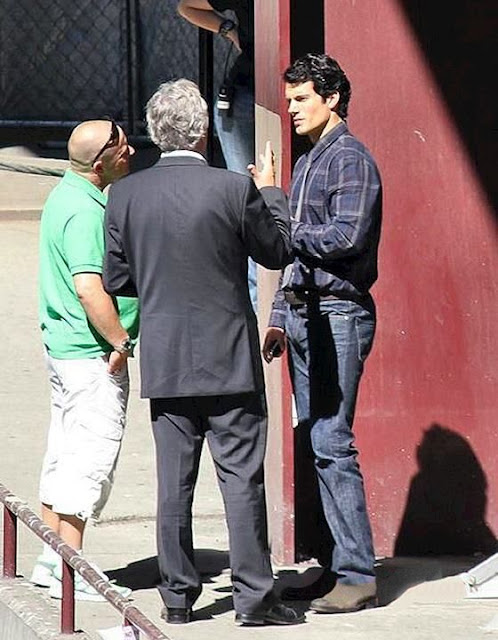 There's a report out this weekend, that  production on 'Man of Steel 2' is headed to Toronto next year:

As a Vancity Buzz exclusive, the unofficially announced news is the devastating relocation of Zack Snyder’s Man of Steel 2 production from Vancouver. This news comes to us from a reliable source who works deep within the North American film industry.

Much of last month’s Man of Steel was filmed in our beloved city of Vancouver. However, Syncopy and Legendary Pictures have decided to move the sequel’s production to Toronto where Ontarian film tax credits are much more favourable.

Vancity Buzz goes on to break down exactly why that alleged decision was made, and how much it will cost the city of Vancouver. Read the rest.

Man of Steel was shot at various locations, and we've heard the sequel could also be headed back to Illinois when production gets going in early 2014. We'll keep you posted. But first we're gearing up for The Man from U.N.C.L.E. coverage, with Henry set to begin work as American spy Napoleon Solo in September. Can't wait!
Posted by Blog Administrator

Email ThisBlogThis!Share to TwitterShare to FacebookShare to Pinterest
Labels: Henry is THE man, Man of Steel 2, News, Pre-production