Plenty of 'Man Of Steel' At Comic-Con's Preview Night 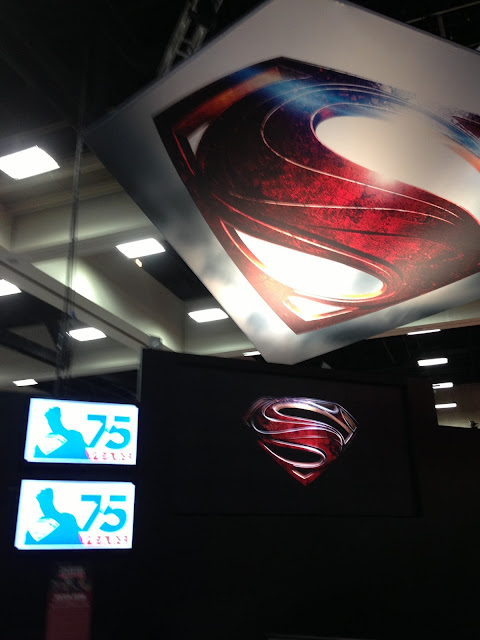 It was an exciting day 1 for us at Comic-Con, especially after hearing rumors we may be getting a Man of Steel 2 announcement here in San Diego. The mention was part of DC Entertainment chief Diane Nelson's interview with The Hollywood Reporter, about the success of Man of Steel. She gave props to Henry:

THR: Why did Man of Steel work?

Nelson: I think Chris [Nolan] and Zack really did give fans what they felt on some level they didn't get at least partially in the last Superman film. People wanted to see Superman kicking ass. And he does in this movie. He does a lot of other great things -- Henry [Cavill] brings the character to life so beautifully, and the dynamic between Clark and Lois is there, but people wanted to see Superman being Superman.

THR: I guess you can't say anything about plans for Justice League or Man of Steel 2?

Nelson: I know you have to ask. I can't confirm, sorry. I would love to be able to give you that, but I can't. I can say the success of Man of Steel has been incredibly great for our company, the studio, Warner Pictures, DC, and it obviously just reinforces the potential of that universe just moving forward.

Sooo.. we wait. Read the rest of Nelson's interview at THR. Warner Bros. tweeted an update on the Superman 75th anniversary panel happening Saturday at 4:15pm. It looks like you may be able to watch it live. No more details were given, but we'll keep you posted.

And don’t miss a live Q&A with characters past & present from all of your favorite #Superman series, including #ManofSteel. #Superman75

We'll be at the panel, and at the Superman 75th anniversary party on Friday night. Henry and director Zack Snyder are expected to be there, so stay tuned for updates from the red carpet!

In the meantime here's a bit of what we saw at the exhibit floor today. Much more to come. 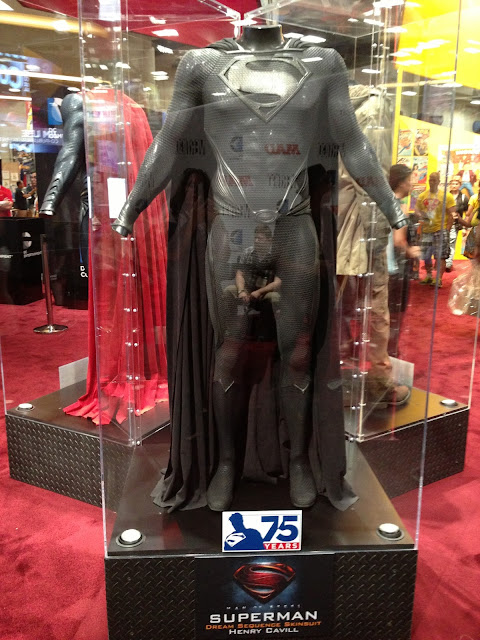 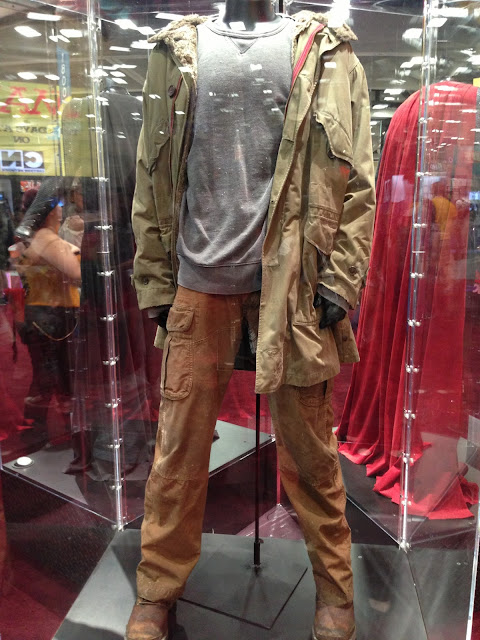 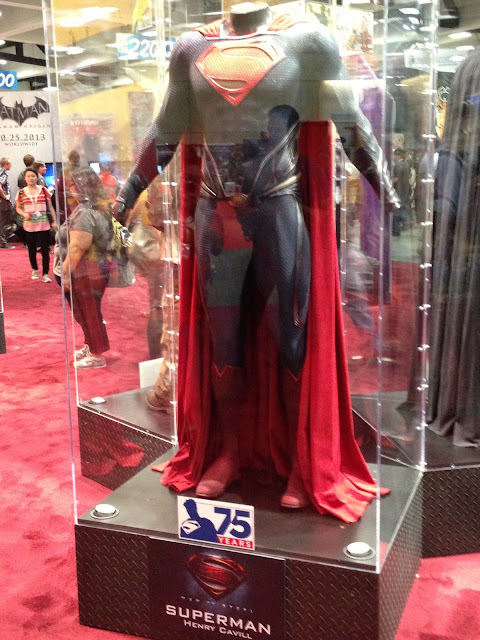 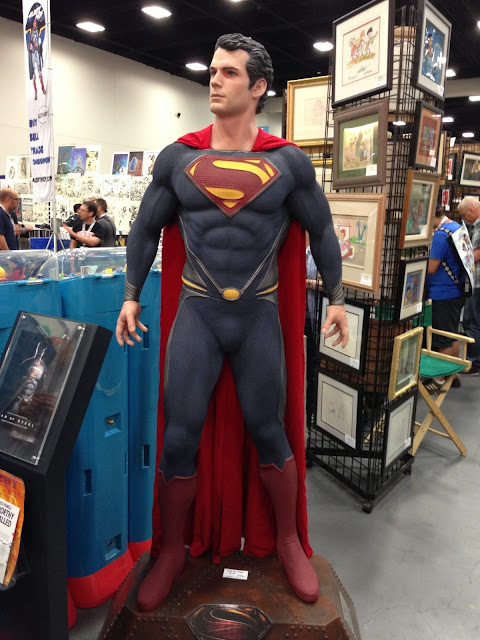 Email ThisBlogThis!Share to TwitterShare to FacebookShare to Pinterest
Labels: Comic-Con, Henry is THE man, Man of Steel, Super News