As we wait to hear official confirmation from Warner Bros. on a Man of Steel sequel, here's a cute pic of Henry with one of the lucky crew members who got to meet him while working on the set of the film (via). 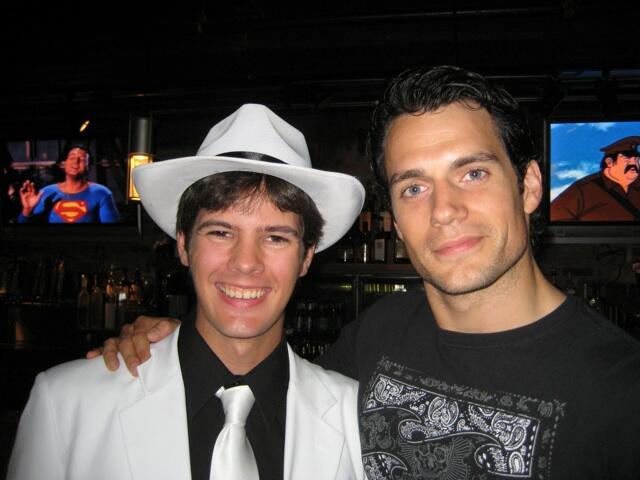 Another great pic of Henry with another production crew below. Man of Steel was filmed at several locations around the U.S. and British Columbia. This great article includes set pics and highlights many of them. 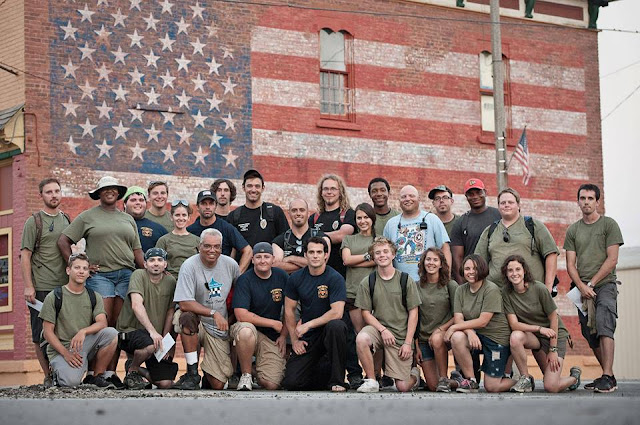 While a Man of Steel sequel is pretty much a go, we can't wait to actually hear the news from the studio. We'll be at Comic-Con to bring you the latest Warner Bros. news from there. Make sure to keep up with our daily updates on twitter, so you don't miss a thing!
Posted by Blog Administrator