Production Update: The Man From U.N.C.L.E. Filming In The UK

UPDATE 7/5: It looks like a possible filming location for The Man from U.N.C.L.E. outside of the UK has been revealed. Publicist Elisa Panetto shared this tweet that gives the details:

Elisa tells us Ciak magazine is reporting the news. Basically, they're headed to Rome! she says it will happen sometime next month, but Henry has said filming will begin in September. Of course nothing is confirmed by Warner Bros., but how cool would THAT be?.. stay tuned! 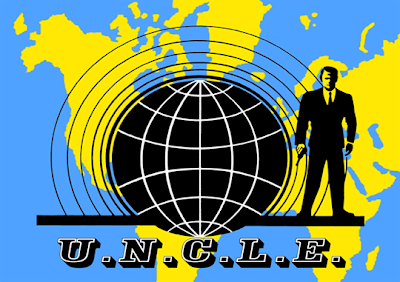 KFTV today confirmed that The Man from U.N.C.L.E. will shoot outside of London:

Shooting will take place at Warner Bros. Leavesden, the American giant’s UK base. The big budget movie is one of many Hollywood projects heading for the UK over the coming months.

If the name sounds familiar, that's because that's where the Harry Potter series were filmed. The studio now even offers a popular tour of the facility that has a rich history. Read more.

We are so excited to bring you news on this project that Henry recently spoke about while promoting Man of Steel in Sydney. He shares what he likes about the script, and what we can expect from his character Napoleon Solo (at about 3:48). Watch at The Age or below.


If you want to learn more about the series the film is based on, The HMSS blog has a great write-up with tons of useful links. Of course for the very latest on the film keep checking in with us, we'll be bringing you production updates as we get them.
Posted by Blog Administrator

Email ThisBlogThis!Share to TwitterShare to FacebookShare to Pinterest
Labels: All About Henry, News, Pre-production, The Man from U.N.C.L.E