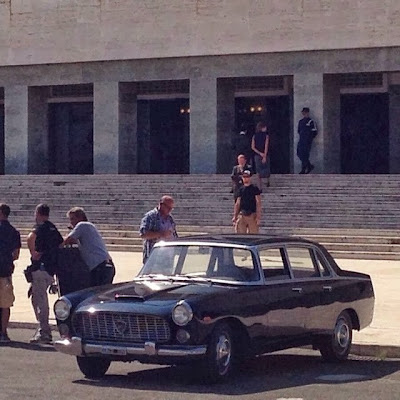 As The Man from U.N.C.L.E. continues filming in Naples, a local newspaper is thanking the studio and the local administration for bringing production to the area. In an open letter, Cronaca Flegrea says it hopes the film showcases the region at an international level. 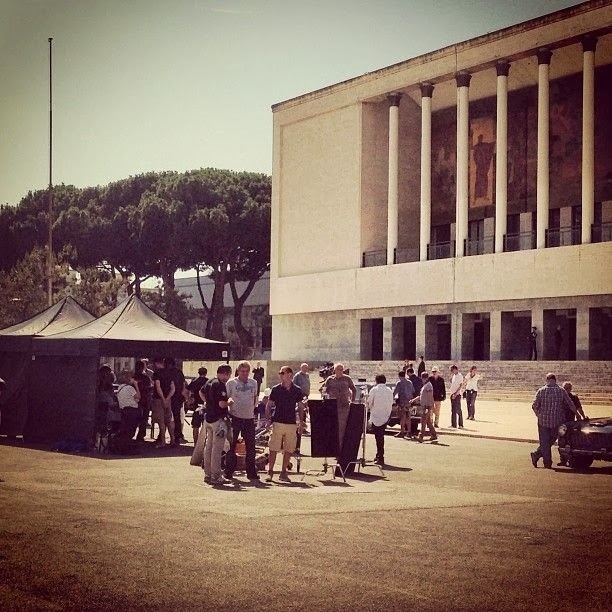 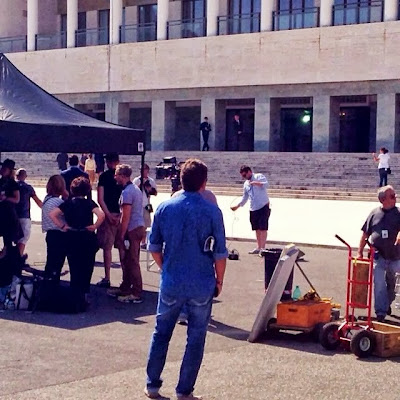 This weekend the cast and crew have been hard at work at two locations including Mostra d'Oltremare pictured above. Learn more about the Overseas Exhibition at their site. It looks like an amazing place filled with gardens and historical buildings.

The second location is a breathtaking beauty. Welcome to Procida. 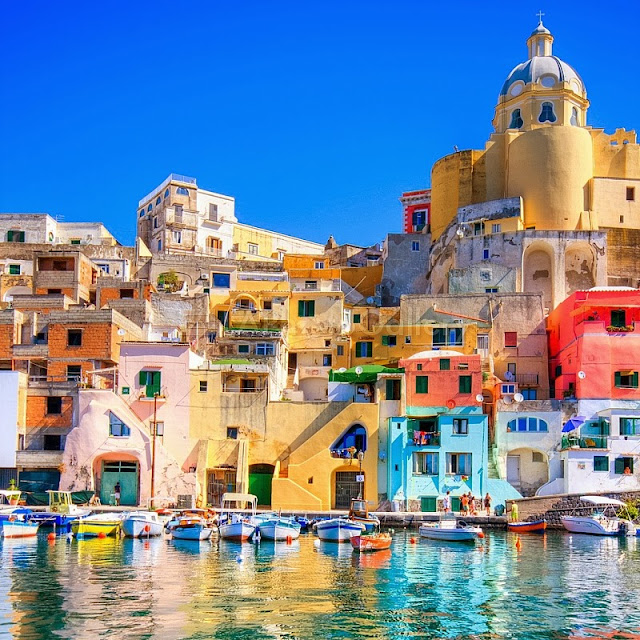 La Repubblica reports that filming took place there as well on Saturday. The paper says a crew of 14 people worked a full day in the Bay of Corricella, with local fishermen participating in the film with their boats. "Il Postino" and "The Talented Mr. Ripley" with Matt Damon both filmed there, attracting tourists to the area. The paper says the hope is The Man from U.N.C.L.E. does the same. The local government also secured an official presentation of the film on the island. Some of the shots we'll hopefully see in the movie include the marina, and gorgeous views overlooking the sea from ​​the Church of Saint Margaret. 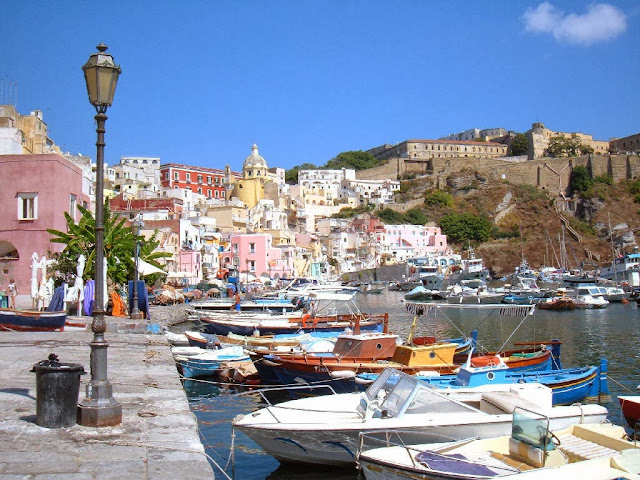 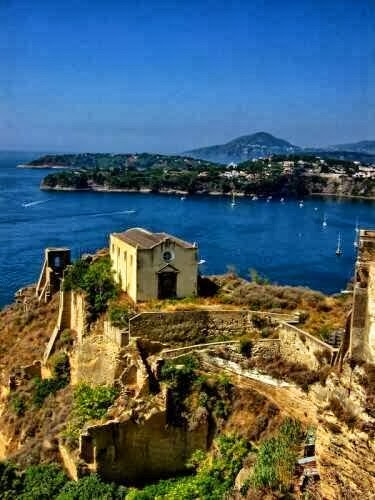 Click here to see Procida's location in relation to the other places where filming has taken place over the last week.

The paper goes on to say that the director and the actors had lunch at "Graziella" restaurant pictured below.
The shoot was coordinated by the organizers of the Procida Film Festival. 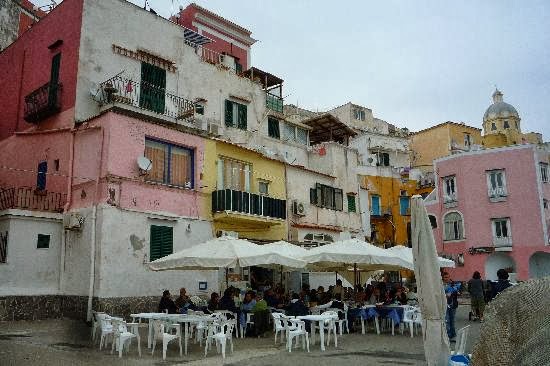 As we continue to bring you U.N.C.L.E. filming updates, we have to say this is by far our favorite location. Procida looks like a painting. Can't wait to see it in the film.

Giulia, our thanks as always.
Posted by Blog Administrator

Email ThisBlogThis!Share to TwitterShare to FacebookShare to Pinterest
Labels: All About Henry, Italy, Production, The Man from U.N.C.L.E