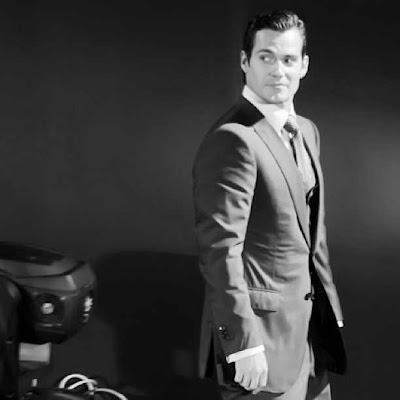 We've been in a Sesame Street tizzy, since that cuuute video of Henry talking respect was released. But we also have some potentially big casting news, when it comes to Napoleon Solo. According to castingcallpro.com (via), actor Jonathan Nadav has been cast as a younger version of Henry. Check him out.

We agree with what HMSS Weblog has to say, about this unconfirmed role:

That raises a couple of the possibility of either flashback scenes or some kind of prologue with the young Solo.

The original 1964-68 show didn’t reveal a lot about Solo’s background. One piece of information was he served during the Korean War under the command of a Colonel Morgan, who he encountered again in the first-season episode The Secret Sceptre Affair.

It definitely looks like we might be getting some background details about our favorite spy. We'll update you as we get more information. 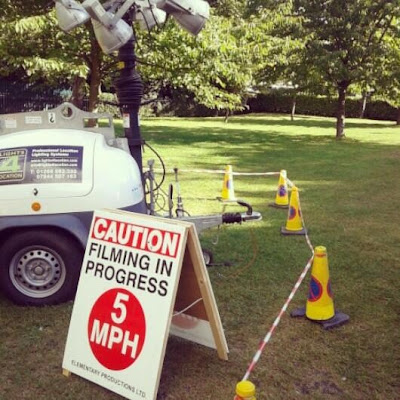 We don't get much on the way of specifics of course while filming is in progress. But one crew member once in a while shares harmless details. And Sunday he had this to say:

It's always nice to hear about Henry leaving a great impression everywhere he goes.

Finally it looks like people living near the Warner Brothers studio outside of London, may have a little trouble sleeping starting this weekend. The local newspaper is reporting some late night filming will be taking place starting Saturday, and continuing through the middle of October. As for whether it's for The Man from U.N.C.L.E. it's anyone's guess. But we think it's probably not, since the cast and crew are headed to Italy next week. Here's how filming is shaping up.

We look forward to bringing you the latest news, and hopefully the first pics from the set of The Man from U.N.C.L.E.  Go Henry!
Posted by Blog Administrator