First Look At The Italian Set Of 'The Man From U.N.C.L.E.'

While Henry is still in London, prep work ahead of The Man from U.N.C.L.E. filming in Italy is already underway, as we first told you yesterday. Now we're getting pictures of the sets going up at some of the locations for the film. You can see the rest at La Repubblica. 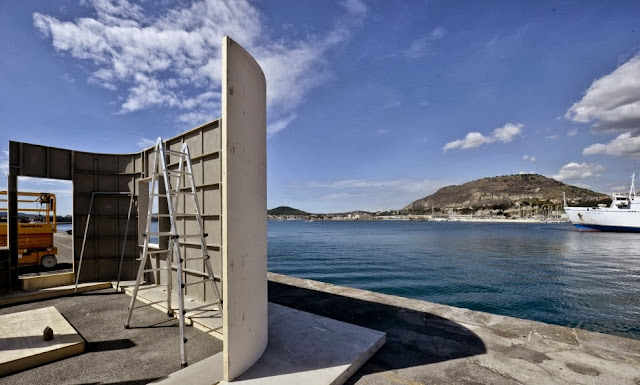 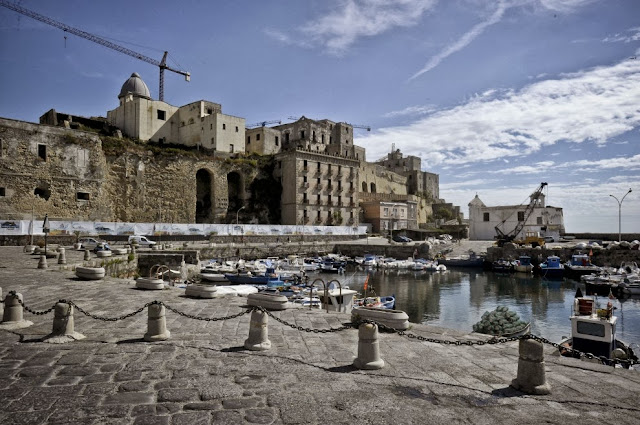 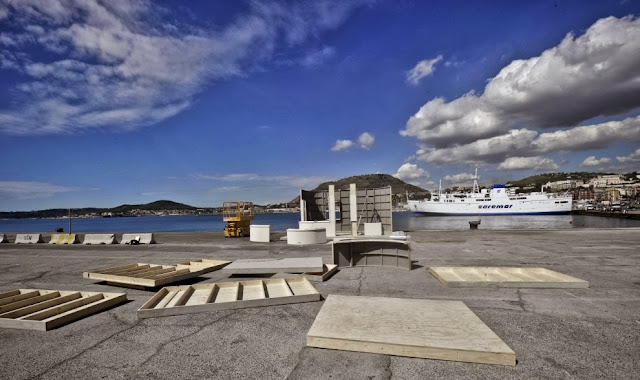 And it looks like residents and tourists in the Naples area may get to see some of the action. The newspaper says filming will start on the beach of Villa Ferretti where acrobats (stuntmen?) will climb on the roof of the building. Nearby there will reportedly be a big scene involving an explosion that brings down part of a structure.

Filming will also be taking place at Castel dell 'Ovo where some scuba diving scenes will be shot, along with some exteriors on the front steps of the castle, that will later be incorporated into the Baia Castle scenes. According to the newspaper, the castle is where a German scientist finds refuge in the film, as he works on building an atomic bomb.

You can read more about these scenes, and see pics of the locations in this post. 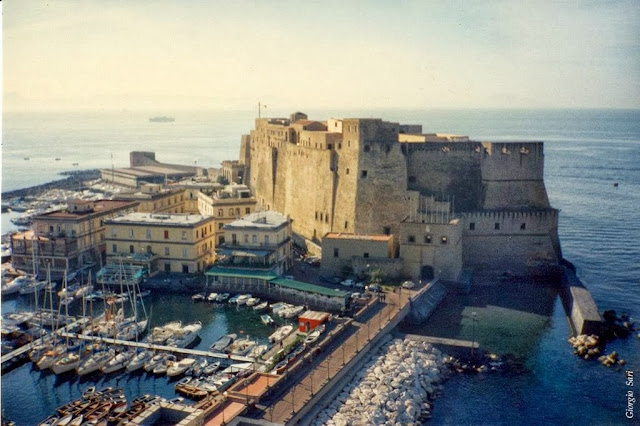 Filming will then move to a port area that will be heavily guarded by police on land and in the water. But it still promises to give onlookers a bird's eye view of the action. Five cranes will reportedly be used for a scene involving a daring escape aboard a vintage speedboat. The newspaper says a second scene will involve a rowboat near a dock. Again, you can see more pictures of the area in our preview post. We look forward to hopefully bringing you a look at Henry in action, in pictures from the Italian sets of The Man from U.N.C.L.E.
Posted by Blog Administrator

Email ThisBlogThis!Share to TwitterShare to FacebookShare to Pinterest
Labels: All About Henry, Italy, Napoleon Solo, Production, The Man from U.N.C.L.E