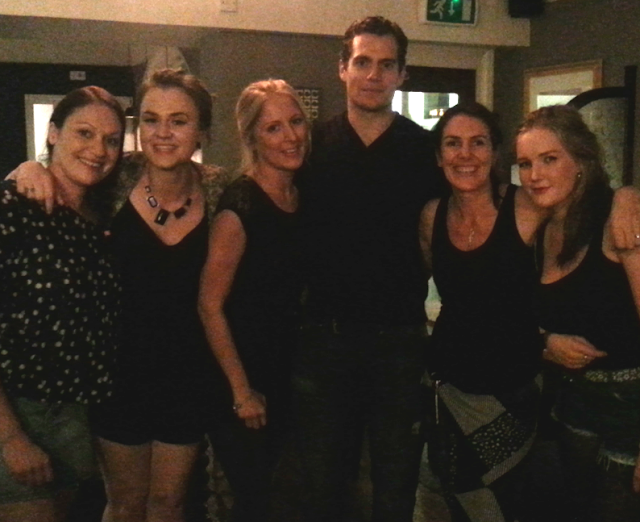 The pub later posted this message with the photo on their Facebook page:

The Albert girls still have big smiles on their faces after we had a 'flying' visit from Henry Cavill, the actor who played Superman in Man of Steel, this weekend!

The Kingston Guardian reports Henry booked a table "under a secret identity" read the alleged details. If that's true, wonder what his fake name is?.. we'll take your guesses in the comments section ;)
Posted by Blog Administrator