A very timely interview today (Never Forget), from this summer's Man of Steel promo. Henry talked to BHMagazino in June about the real heroes in life. 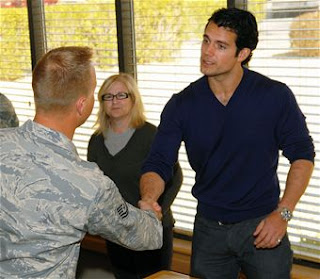 Henry meets with troops at Edwards Air Force Base

"Fathers and mothers, sons and daughters, wives and sisters, these are the real heroes today," he said, " (..) You do not hear, for example, the agony of spouses of soldiers. You do not know what they are facing while trying to raise their children while their men fight. They don't win awards, but, nevertheless, they manage day-to-day." 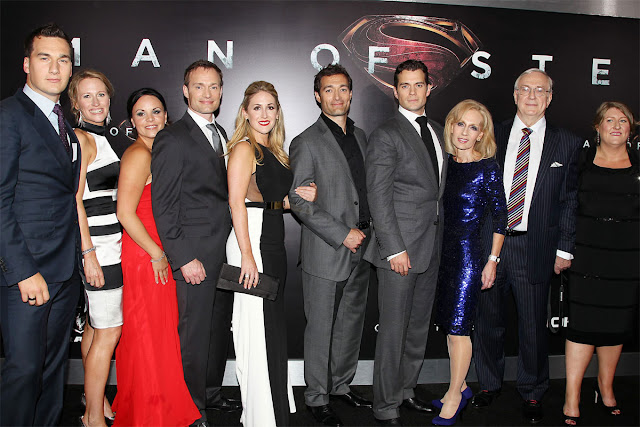 Henry comes from a military family, so he knows first hand about what he's talking about. As to where he sees himself five years from now:

"In my own home." "With my own family. With horses maybe."

Read the rest of the interview at BHMagazino (google translate version anyway). We leave you with this tweet that we're pretty sure Henry would agree with..

article via
Posted by Blog Administrator

Email ThisBlogThis!Share to TwitterShare to FacebookShare to Pinterest
Labels: Henry is THE man, Man of Steel, Promo