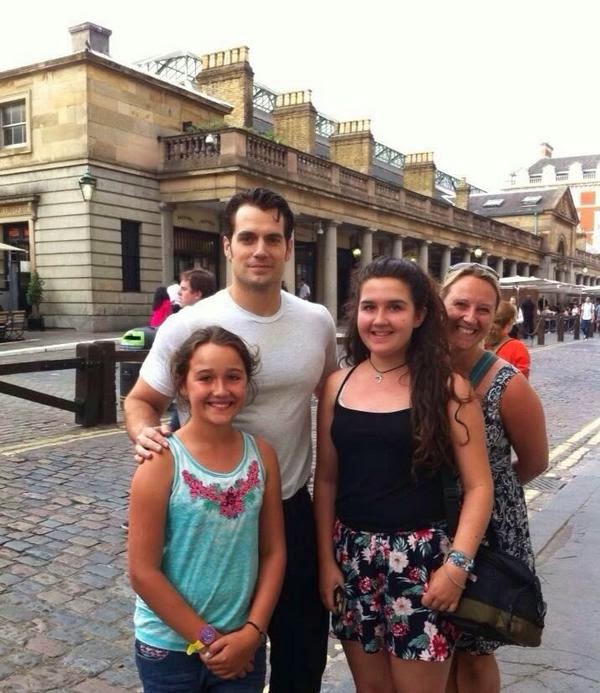 
Go Grace! representing for those of us who couldn't be there. No rest for Superman, as he is now in London just days after appearing at Comic-Con and returning to Detroit for more filming on Batman v Superman. Word is Henry is back home for The Man from U.N.C.L.E. reshoots, and for a bit of some family time. Grace and her family ran into him today, and she shared more with us about their chance encounter:

My dad spotted him with family/friends putting bags and pushchair into a cab. Dad thought he was called George but I quickly corrected him (true fan!). My dad just went up to him and asked if he was Henry and he was like yeah, yeah!! - then my dad asked if me and my sister could have a photo and he said "come on then girls!!" - then my mum jumped in the photo as well!!


We got a couple of photos an then my dad thanked him, and was buzzing, and was like thank you so much!! and we said we thought the film was brilliant. He said he's glad we enjoyed it. And my dad shook his hand and he waved and off he went.

So glad Henry took the time to speak to us, as his family/friends were already in the cab and waiting for him.

Thanks for sharing your awesome pic and story Grace. Will Wheeler met Henry later that night. 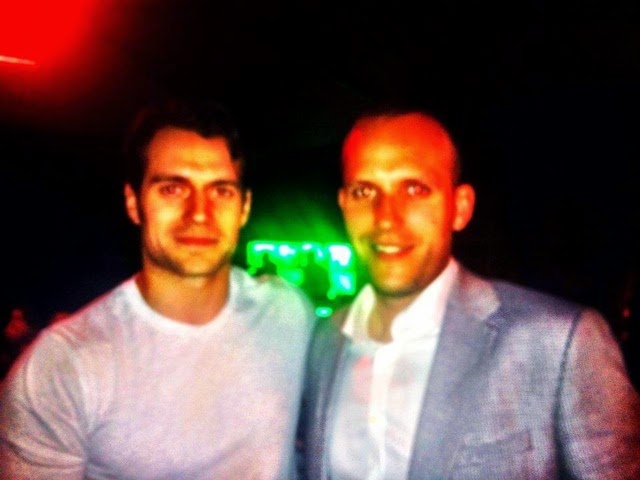 See, how do you not LOVE this guy? -- Henry once again showing what an amazing person he is, always attentive to his fans. Enjoy your time back home Superman err.. Solo! - See the rest of the pics from London.
Posted by Blog Administrator