Henry Participating In Gibraltar Rock Run To Benefit The RMCTF 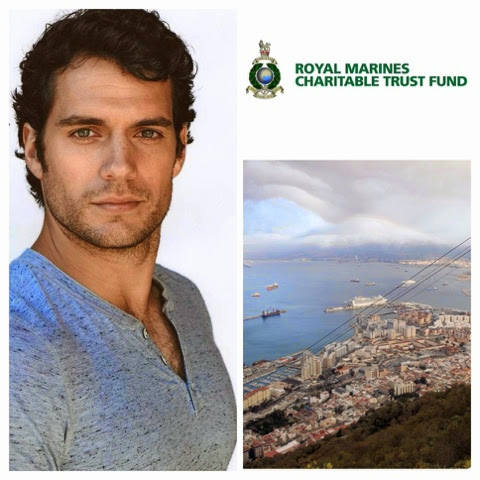 A big announcement today by the Royal Marines Charitable Trust Fund. In October, Henry will participate in the Gibraltar Rock Run in support of the charity.

British actor and ambassador for the Royal Marines Charitable Trust Fund (RMCTF), Henry Cavill will be jetting out to Gibraltar in October to take part in a very special challenge. The Gibraltar Rock Run will take place on Saturday 25 October and will celebrate 350 years of the Royal Marines and raise valuable funds for the RMCTF.

No visit to Gibraltar by the armed forces is complete without the Royal Navy’s traditional Rock Run, which is where organiser Alan Hardy got the idea for the event. “With the 350th place to hold a fundraising event for the Corps’ own charity. The Gibraltar Rock Run will see over 40 participants from the UK and many more from Gibraltar run the 5K up the famous landmark.

Gibraltar will always hold a special place in Royal Marines history and this is seen today in the main battle honour, which makes up part of their cap badge. With support from His Excellency the Governor of Gibraltar, Lieutenant General James Dutton KCB CBE we have organised a fantastic weekend of fun and celebrations for participants and the locals of Gibraltar.

"We are delighted that Henry Cavill will be joining us for the event and are sure he’ll enjoy what Gibraltar has to offer.” The event will take place over the last weekend of October with over 40 participants arriving in Gibraltar from the UK on Friday ahead of a gruelling 5km run up the 426m high infamous rock race route on Saturday morning. Other planned celebrations over the weekend include a gala cocktail reception hosted by Lieutenant General James Dutton and a Royal Marines band concert in St Michaels Cave.

For more information about the event and how you can take part, please visit www.gibrockrun.co.uk.

Henry is an ambassador for the Royal Marines Charitable Trust Fund, that provides a better quality of life to serving and retired Royal Marines and their families (Henry's brother Nik is a Royal Marine). And the charity is more than happy to have him as their representative:

We are delighted to announce that the British actor Henry Cavill has chosen the RMCTF as The Royal Marines Charitable Trust Fund is here to provide a better quality of life to serving one of his key charities to support. Henry Cavill gained international fame playing Superman in the 2013 film Man of Steel and is currently filming Batman v Superman: Dawn of Justice in the USA, which is due for release in 2016. 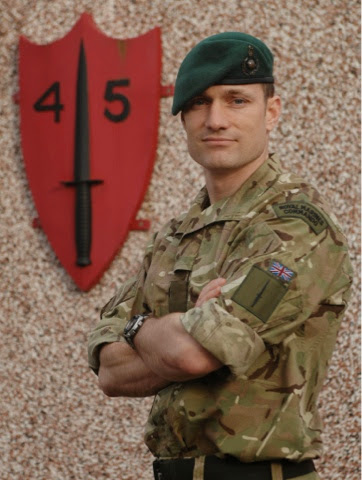 Henry’s brother Lieutenant Colonel Nik Cavill MBE is a serving Royal Marine who has spent most of his career in 42 and 45 Cdo. 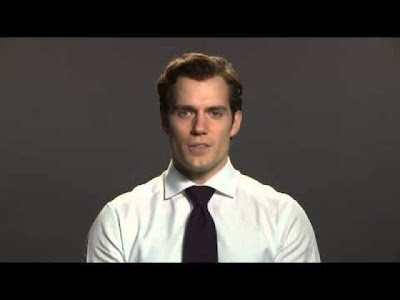 Back in May Henry launched the last leg of the 1664 Challenge that is raising funds for the cause. Now he's taking part in this event. This is the link where you can pledge your support, and help Henry raise funds for the RMCTF. It includes a message from Henry:

"Thanks for taking the time to visit my JustGiving page and donating to my charity The Royal Marines Charitable Trust Fund.

I am taking a short break from filming to run, with 350 other participants, from Casemates Square to the 1,300ft summit of the Rock of Gibraltar." 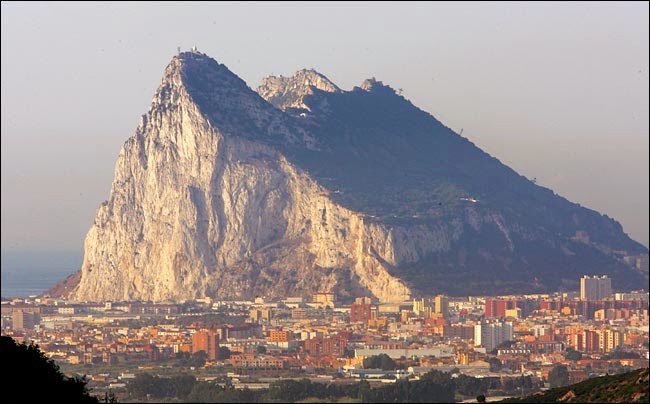 The Royal Marines, a key part of the Naval Service, celebrate their 350th birthday in 2014. Formed in the reign of King Charles II in 1664 as the Duke of York and Albany’s Maritime Regiment of Foot (or Admiral’s Regiment), the name ‘Marines’ first appears in the records in 1672. Since then, Marines have taken part in more battles on land and sea around the world than any other branch of the British Armed Forces; so numerous are the Corps’ battle honours they are simply represented by the famous Globe and the single honour ‘Gibraltar’. 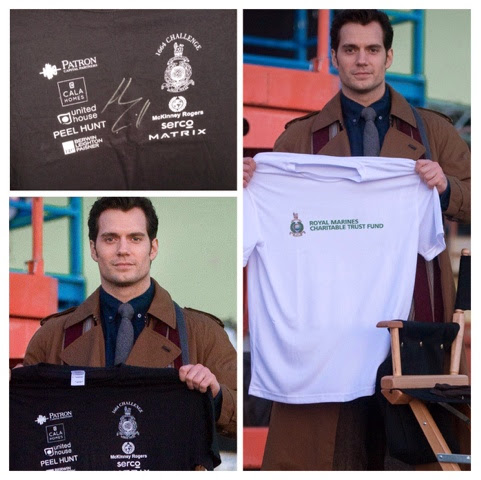 To celebrate the big news of Henry's participation in the Gibraltar Rock Run, we're giving away two RMCTF t-shirts signed by him. All you have to do is tweet your support for him as follows: "I support Henry Cavill as he runs to raise funds for @RMCTF https://www.justgiving.com/henrycavill #GibRockRunGiveaway." You can also enter by leaving a message of support for Henry in this post, just make sure we can reach you by email. Two random winners will be chosen on August 31st each receiving one t-shirt (black or white) signed by Henry. You can enter as many times as you want, and the giveaway is open to fans around the world. Donations are not required but highly encouraged (UPDATE: Congratulations to our winners!). Again, here's Henry's fundraising page, please help us spread the word! - let's reach that goal and surpass it.
Posted by Blog Administrator