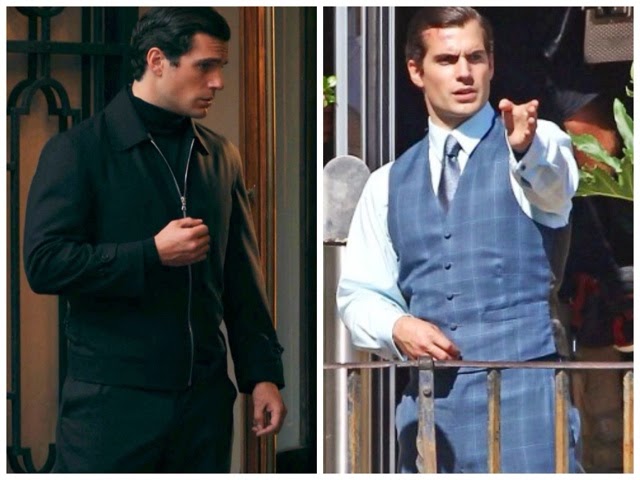 T-minus just over five months to go, until the release of The Man from U.N.C.L.E., and we can't wait to see Henry smooth-talk his way as agent Solo on the big screen. This week he's back in London for reshoots, along with his costar Armie Hammer. Armie's lovely wife Elizabeth posted this picture from there this weekend. Hello agent Kuryakin! 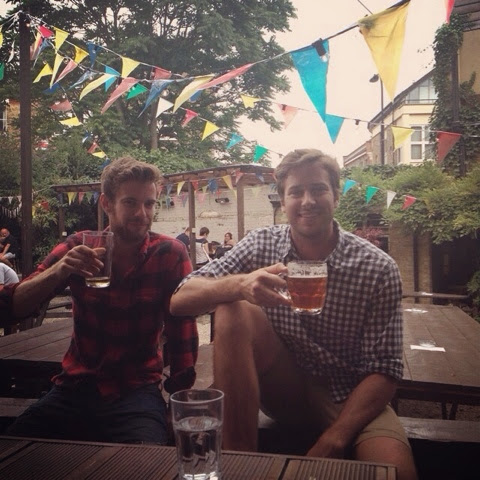 We've been bringing you updates since Henry got the role of super-spy Napoleon Solo back in May of last year, so if you're catching up make sure to check out these handy links 1/2 - that include plenty of exclusive pictures and more. 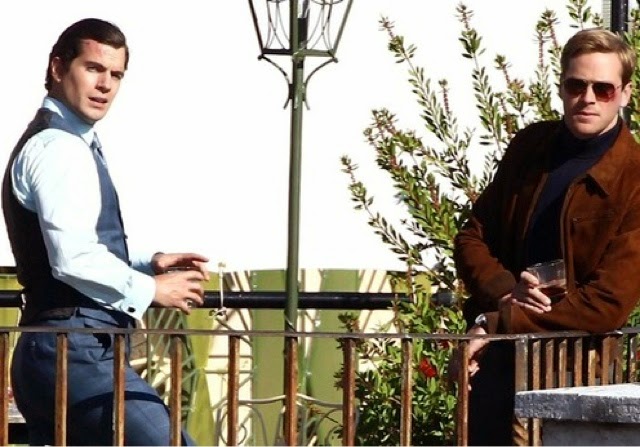 Today, we are following up with Dan Westwood, who doubled for Henry in U.N.C.L.E. - check out the Solo suit! 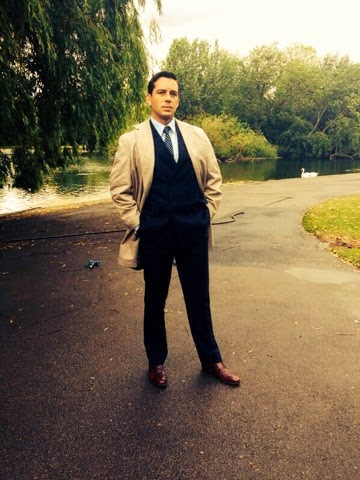 He was back doing reshoots recently while Henry was already in Detroit working on Batman v Superman. Dan shared with us what he could (meaning no spoilers) about his latest days on set as Solo. 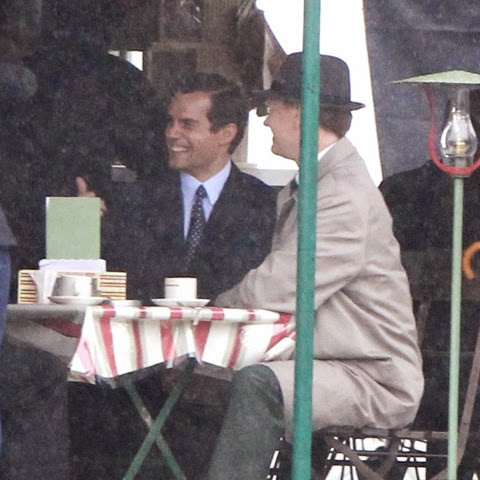 All went really well & they seemed very happy with what we got at the end of it, so job well done really!

They reshot some explosions etc., on the water stage (amazing to watch!!) then a dramatic getaway!!!

Finished up in Regents park, meant to be West Berlin! (Henry shot there last year--> 1/2.) for some wide & panning shots of Henry (me) & another guy (details unnecessary) walking and talking in the park...


And there you have it!

Considerably better than the outside tank of water shoot on the backlot @ Warner Bros. a few months back!!

That really should be it for good now, although having previously announced 3 times on twitter that I'd wrapped on it for good (again!), I'm sure there'll be something else further down the line?! Lord knows! 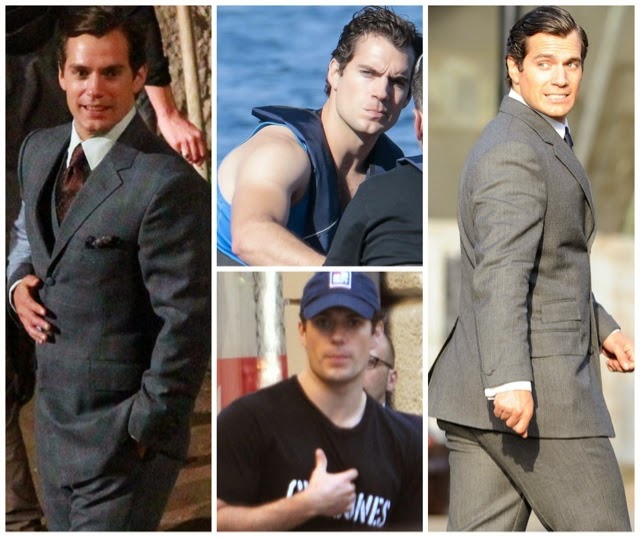 Oh, and the costume department were telling me that they were having a nightmare with Henry as he kept getting bigger & bigger throughout the filming. He was starting to get back in shape for Superman, to the point where they made him stop as none of his suits fit him properly anymore, as they're very fitted at that!!

That made me chuckle!

Good job I'm pretty broad already or I'd have had no chance of pulling it off!!

And that's where things stood BEFORE filming wrapped last December. Can you imagine the movie magic they will have to pull off to shrink Henry into his Solo wardrobe now? 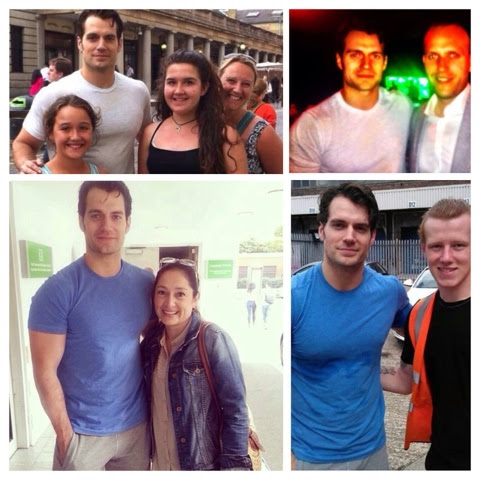 Henry with fans in London this weekend

Anyway, thanks again to Dan for giving us a taste of what we're in for come next January 16, when The Man from U.N.C.L.E. opens in the U.S. and the UK. We hear nothing but great things about the film and Henry, and just know he'll be an awesome Solo. Look for updates from this week's filming as/if we get them.
Posted by Blog Administrator