Hello Solo: First Official Stills From The Man From U.N.C.L.E.

UPDATE: 8/27: We've added the HQ scan of the article and stills via our contributor Marlii. Click to read! 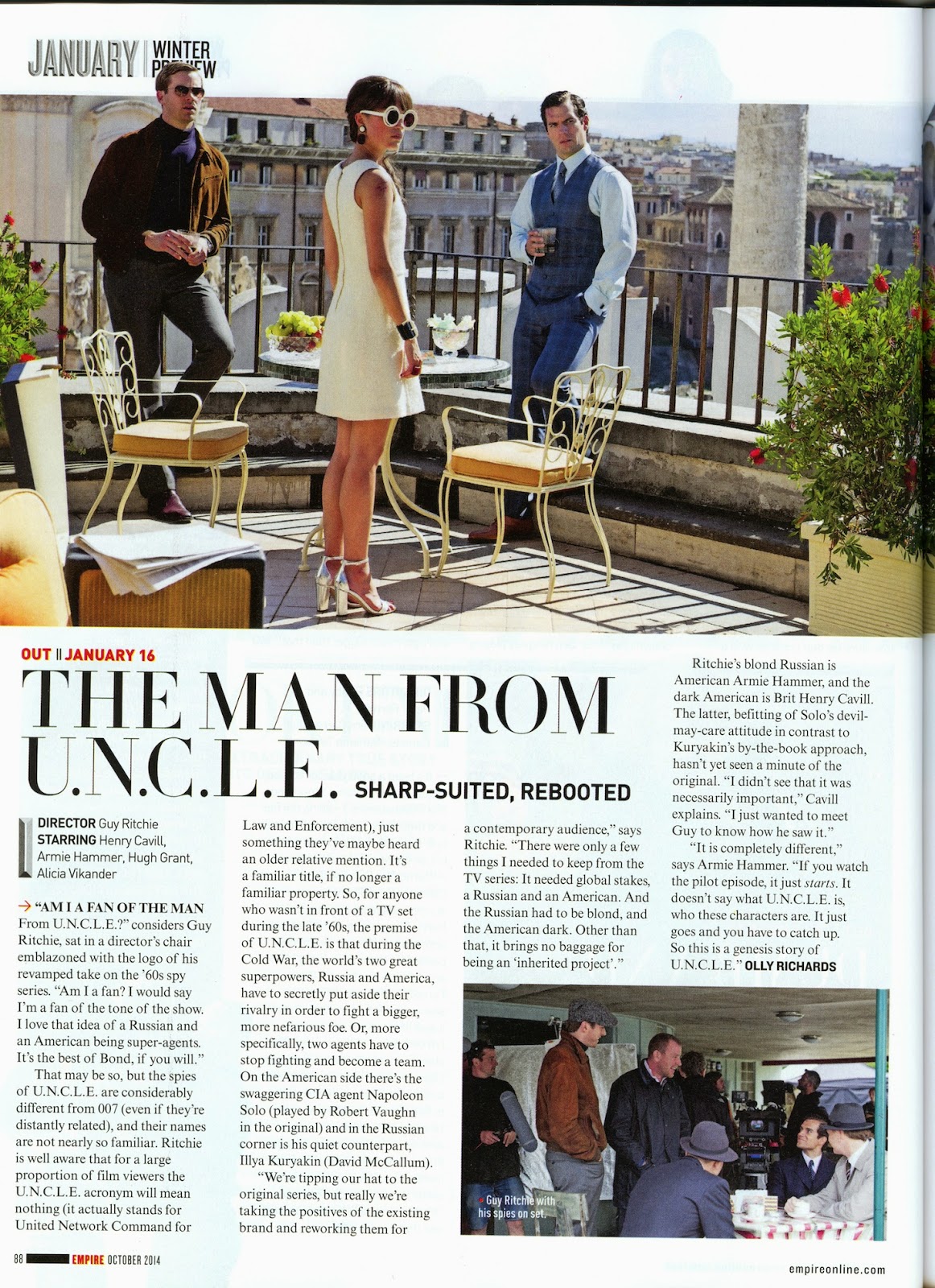 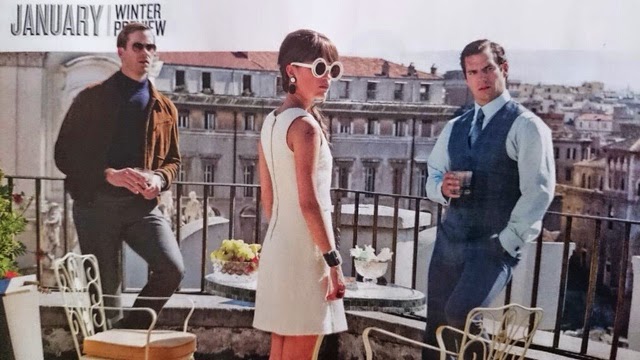 This should ease the sting of The Man from U.N.C.L.E. delay. Today we got the first official stills from the film, via Empire magazine's October issue. We're imagining they went to print before the film was pushed back as you can see by the "Winter Preview" heading. U.N.C.L.E. was supposed to come out in January, before Warner Brothers decided to give it the much better slot of August 14, 2015. In fact Henry and Armie Hammer were just in London a few weeks ago doing reshoots for the film, in which Henry plays suave American spy Napoleon Solo. We got a chance to briefly talk to Henry about U.N.C.L.E. at Comic-Con last year as he was getting ready to start filming, now he tells Empire he didn't really look back at the TV series as he prepared to portray Solo:

"I didn't see that it was necessarily important. I just wanted to meet Guy to know how he saw it." 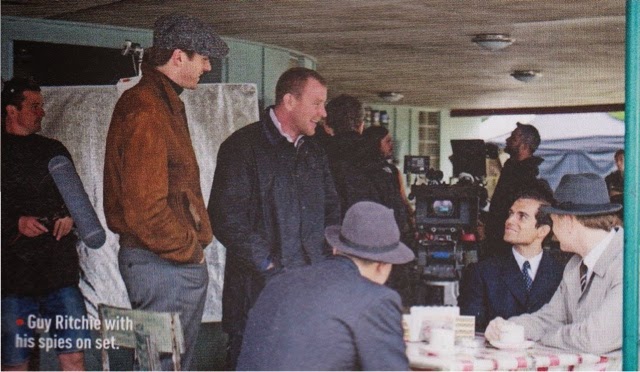 These new stills show the cast and crew on location in Rome and London last fall. Check out all of our U.N.C.L.E. coverage during that time (even more here) and hold on, because this movie is going to take your breath away!