Henry Lovely Like That: Unique Gift He Gave U.N.C.L.E. Crew 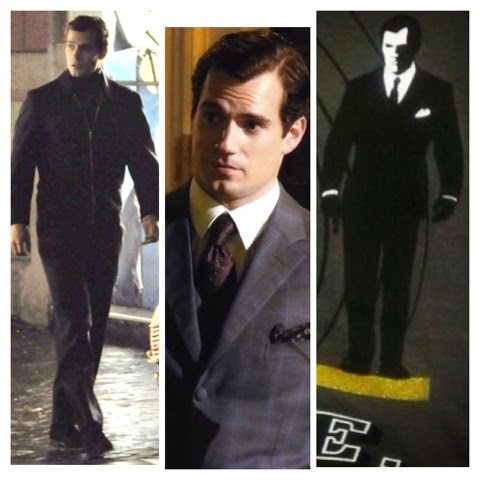 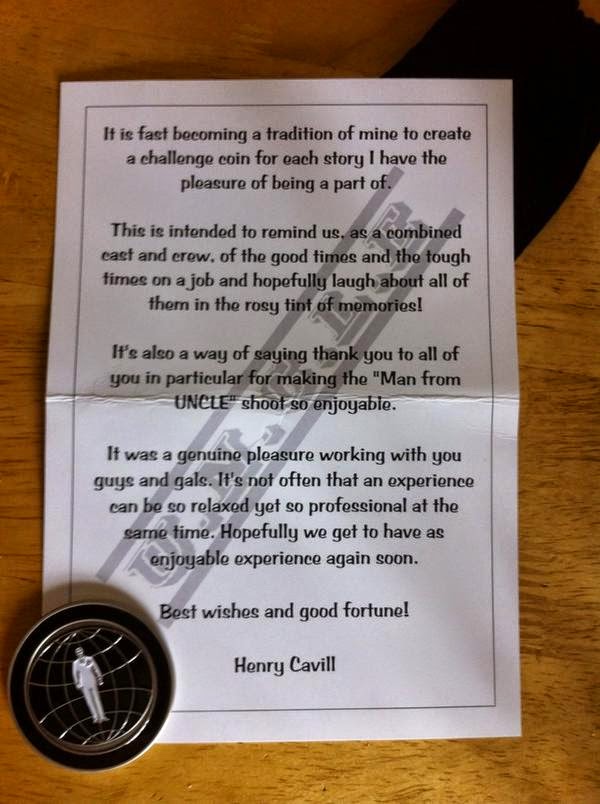 Thanks Henry. It was a pleasure. Great gift and what a kind gesture. Top man!! pic.twitter.com/zUeE14vrGV
— daniel hillary (@daniel_hillary) August 29, 2014

A limited edition The Man from U.N.C.L.E. coin given to you by Solo himself? - DEAD. Today we share example #1999 that proves Henry truly is THE BEST (in case the baby pic didn't convince you). Again, so proud to support him each and every day. Did we mention this film will be a treat from beginning to end? - just wait!

In the U.N.C.L.E. letter Henry mentions his "tradition." He did a similar thing for the Man of Steel crew after that film wrapped. Here is the letter and coin they received. 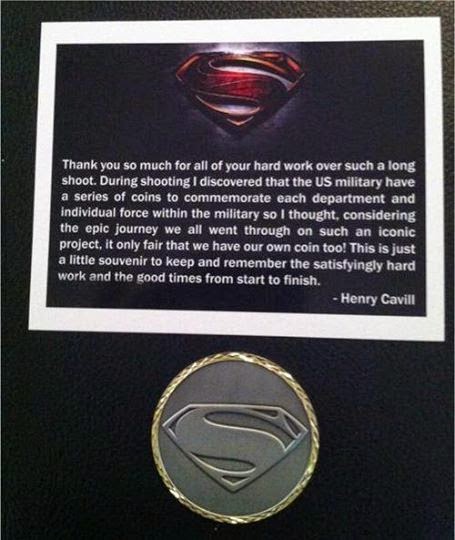 Like Daniel said, Henry is nothing but the best. The Man from U.N.C.L.E. is set to be released August 14, 2015. Thanks for sharing Jason & Daniel.
Posted by Blog Administrator

Email ThisBlogThis!Share to TwitterShare to FacebookShare to Pinterest
Labels: Henry is THE man, London, Post-Production, Rome, The Man from U.N.C.L.E