Aquaman Can "Cut" Superman? - Zack, We Have A Problem 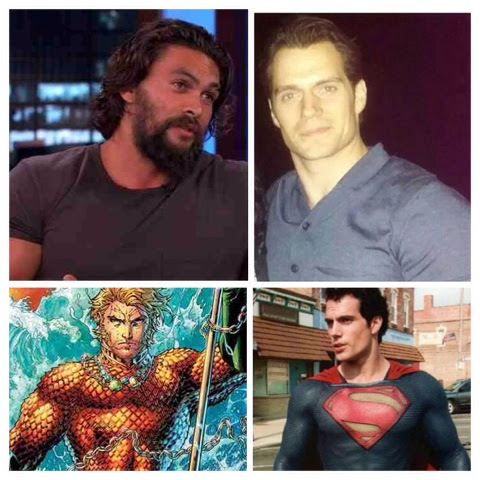 CBS Detroit was first to report on the call that Zack made to a Detroit radio station this morning, while on his way to the Batman v Superman set. Apparently they were talking smack about Aquaman, and Zack came to the rescue.. by saying Aquaman can basically hurt Superman if he wanted. Right.

Zack said that Aquaman’s cool ability is that he could “cut the flesh of Superman if they came in contact … he’s super strong … It’s not to say that he’s in the movie or anything like that but … he has the potential to be bad ass.”

LISTEN FOR YOURSELF (and in case you're wondering, it is soo Zack Snyder) - We'll be keeping an eye on YOU Momoa.


Costume designer Michael Wilkinson is in London. Hmm. Is Superman not coming home just yet? or could it be for maybe Alfred?.. we know Ben was on set again today. Yes, the real one.


Harry Lennix just talked to ScreenWeek (via) about the Batman v Superman script. While he obviously doesn't reveal any spoilers, he does give us an idea of the confrontation between the two superheroes. Watch at about :35.


To think it all started with Henry Cavill's #SuperJedi. Oh yeah.