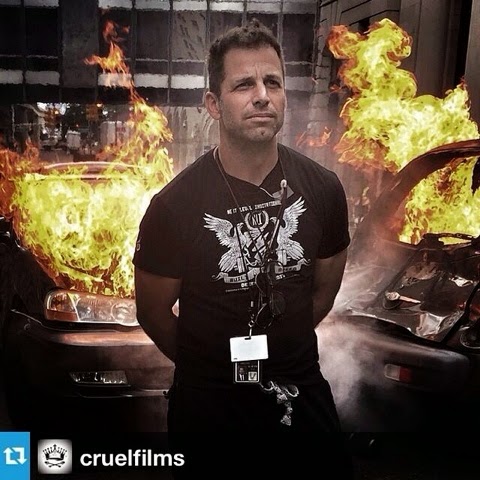 We thought we had seen the coolest pics of Zack Snyder on the Batman v Superman set. So wrong. Today he embraced the chaos he was filming by posting this pic, that was later shared by set photographer Clay Enos.
No star sightings today on set, but there were plenty of street closures and car crashes to keep downtown Detroit entertained. Deadline Detroit has some shots of the action. Below you can find a few more pics. Hopefully Superman will return soon to take his city back.

A car fire being used during the chase scene in Detroit on the Batman set #BatmanvSuperman pic.twitter.com/gQxYVsrFDi
— ATG Entertainment (@ATG_Autographs) August 7, 2014

The Detroit Free Press has more on the fiery scene. Check it out. 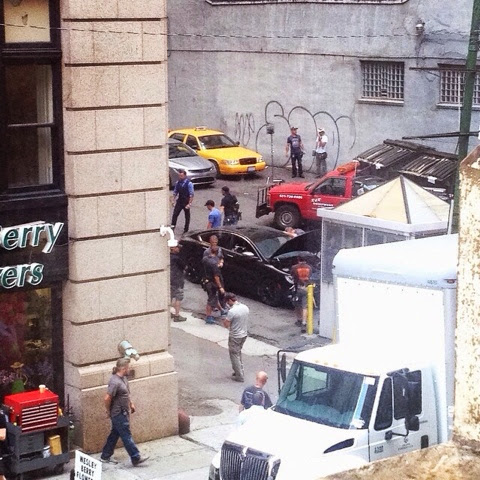 These are some of my favorite shots. How the movie magic happens. Filming #BatmanVSuperman in #Detroit pic.twitter.com/wBXFucFwIY
— The Bananadoctor (@Bananadoc) August 7, 2014


And then it was showtime. From a rooftop where the humans looked like ants.

First shots of the day 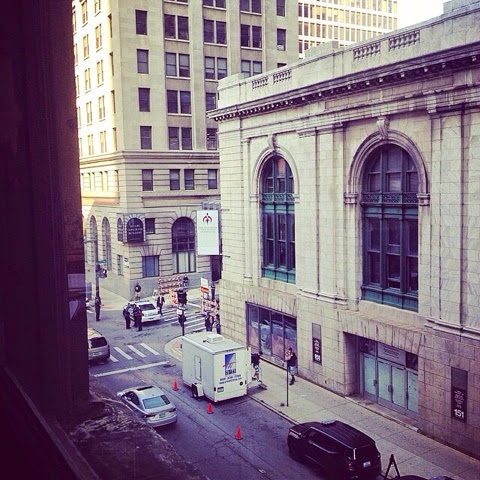 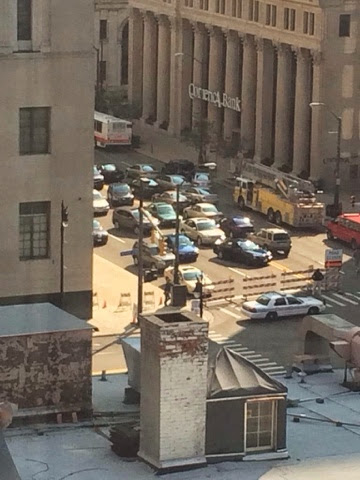 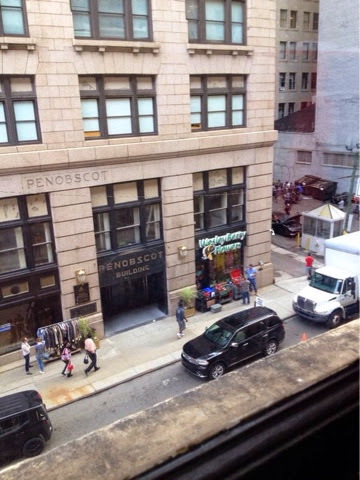 Don't know about you, but we're needing some superheroes to complete the picture on these sets dammit. More to come from downtown Detroit.
Posted by Blog Administrator