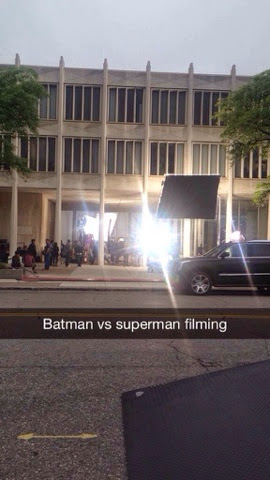 Lights, camera, good luck trying to see any action, on the latest set of Batman v Superman. That's not to say fans haven't tried, after all the latest location is pretty out in the open.

Is that Ben Affleck on the roof of the #DetroitPublicLibrary? I wouldn't mind either view 😍 #BatmanvSuperman #Detroit pic.twitter.com/chQ0vIqWtt
— Hannah Mathers (@hlmathers) August 12, 2014 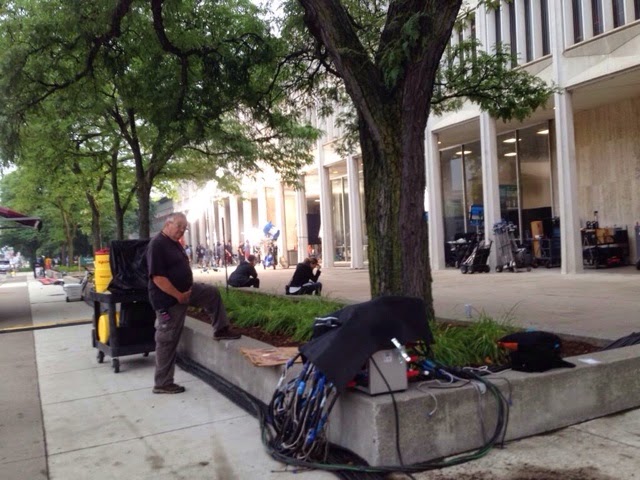 The set might have had to simulate rain for a scene, but the city of Detroit sure didn't need to. There was some major flooding there Monday (see pics at MLive). Luckily, it didn't seem to affect the shoot that continued today.

The cast and crew are filming in and around the Wayne State University campus this week. And Lois Lane has already been spotted several times. 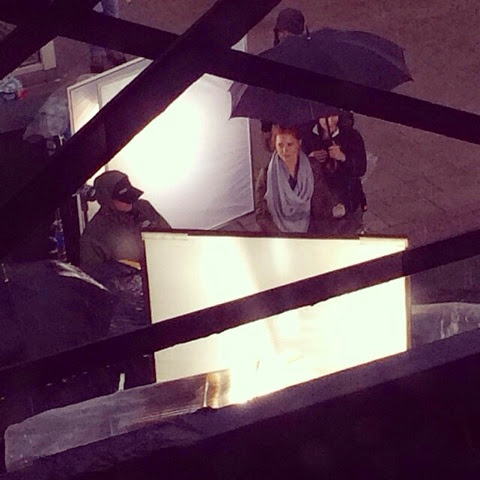 So I saw Amy Adams today filming for #BatmanvSuperman and it was awesome.
— Kelly Plocharczyk (@kelly_ploch) August 12, 2014 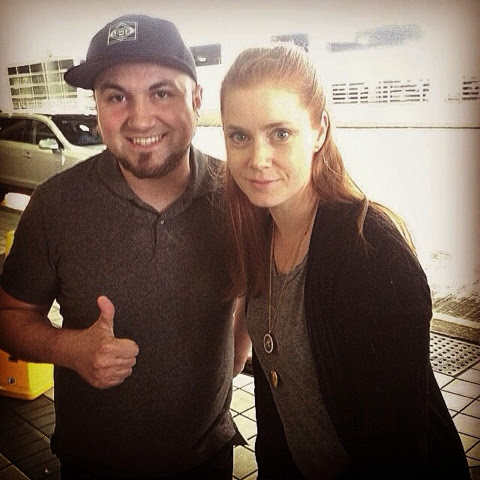 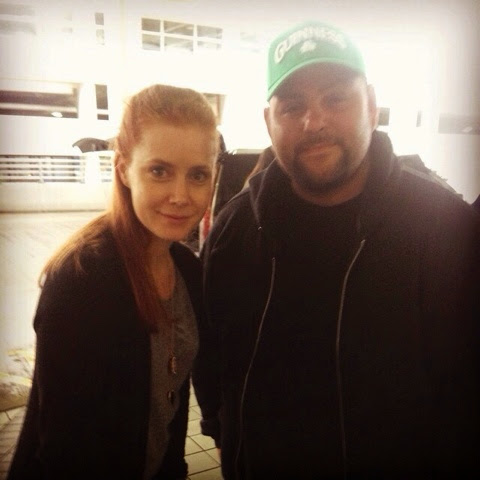 larryjaperez_ met Amy after meeting Henry a few weeks ago. Lucky him!

At last check Henry was still overseas wrapping up his work on The Man from U.N.C.L.E. and launching his latest charity push: Cavill Conservation. On the Warner Bros. DC film developing front, today we learned the studio has hired two writers to separately come up with an Aquaman movie script. You can read the rest at The Hollywood Reporter. Look for updates from Detroit and London as we get them.
Posted by Blog Administrator