Henry In Shanghai, China: Everything You Need To Know 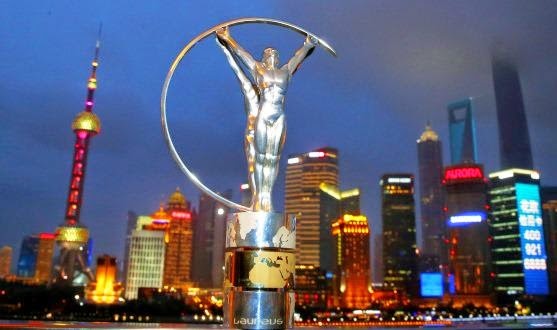 Which Hollywood star are you most excited to see at #LWSA15?? pic.twitter.com/t0JoVdI3cy
— Laureus (@LaureusSport) April 12, 2015


The only one who is SUPERMAN!

We can feel the anticipation building, as the Laureus World Sports Awards get closer. As you know, Henry will be a presenter at the ceremony in beautiful Shanghai Wednesday night. But the reality is that's gonna be more like early Wednesday for most of us. Don't worry, we'll be here to keep you updated with the latest info, pics, and videos as they come in.

Henry will be rubbing shoulders with the living legends of sport, since the globally televised awards ceremony celebrates the achievements of the greatest sportsmen and sportswomen of the year. But its mission is broader than that:

Proceeds from the Laureus World Sports Awards directly benefit and underpin the work of the Laureus Sport for Good Foundation, which supports more than 150 community sports projects in 34 countries, including China. Since its inception, Laureus has raised over €60 million for projects which have improved the lives of millions of young people through the use of sport.

This new video gives you the highlights, and serves as a preview of what to expect!


As we mentioned the awards ceremony is televised, but specific international broadcast info has not been published, nor do we know if there will be a live feed for the red carpet yet. However, we will be sharing updates as they come in from China. So keep checking in with us.

Among the broadcasters taking the show live will be: CCTV and SMG (both China), NBC (USA), Media Set (Italy) and Eurosport (Pan-European) and many others. Many millions more viewers around the world will see the post-produced show in the days after the Awards Ceremony as well as the hundreds of millions who will see news of the event distributed by Laureus on the night of the Awards. The Laureus World Sports Awards is now the second most-watched Awards gala.

For the first time ever Laureus will air The Red Carpet as a 30 minute show on Laureus.com, bringing fans across the globe insight into the best moments from this year’s star studded event in Shanghai.

The awards are set for 9 pm, Shanghai time. The following times should give you an idea of when you can expect the coverage to begin depending on where you live:

The red carpet and awards ceremony will be streamed LIVE on Sina:

Sina will webcast the Laureus World Sports Awards Ceremony and Red Carpet arrivals live on its website and will also cover the event through social media interaction with its massive audience in China.

Sina is the largest Chinese-language web portal in the world. This is the first time parts of the Laureus World Sports Awards Ceremony have been available for viewing live online and Laureus World Sports Academy Chairman Edwin Moses said: “This is an exciting development and means for the first time we will have live streaming on a major website which will add enormously to the reach of the event.”


Prepare to be awed Shanghai.