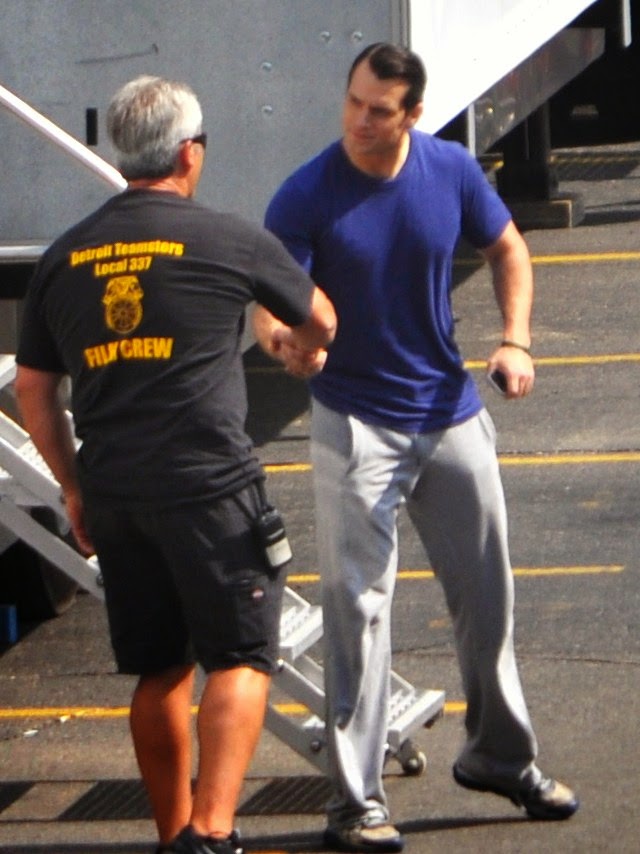 Henry stops to say hi to a local worker on the Detroit Set of Batman v Superman last August.


Jesse Eisenberg was on with Seth Meyers last night, and he mentioned Lex Luthor and Superman! (and Henry's baggy pants on the Batman v Superman set in Detroit).  WATCH NOW, and don't miss the rest of the photos of Henry in those (not so) baggy sweatpants. The trailer is less than six weeks away!

Email ThisBlogThis!Share to TwitterShare to FacebookShare to Pinterest
Labels: Detroit, Fit Superman, Henry is THE man