"I Feel Like He Would Bulldoze Our Whole Squad" 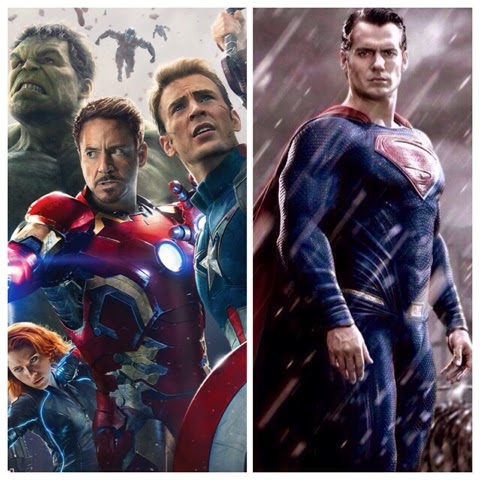 Chris Evans gained some major brownie points with us thanks to that quote. More on that in a minute..

It's been crazy busy on the blog, with Henry promoting The Man from U.N.C.L.E. in Las Vegas, right after appearing at the Laureus World Sports Awards in Shanghai. Oh, and then we had that little BATMAN V SUPERMAN TRAILER RELEASE. Today we finally got a chance to put together our catch-up post related to the film, with some really cool details and videos we don't want you to miss. 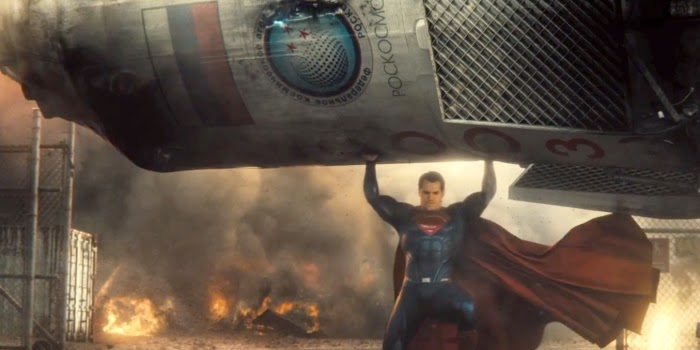 Listen closely to the voiceover when Superman is holding a rocket,It sounds like Henry Cavill is doing an American accent
— Daniel Loe (@Bodie293Loe) April 20, 2015 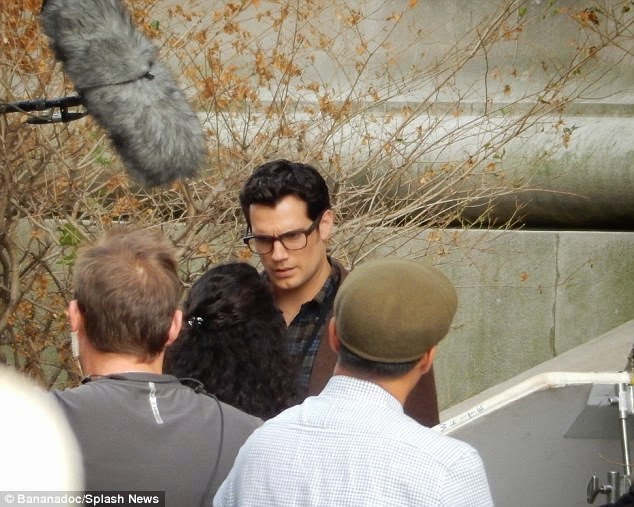 Honest Teaser had us giggling this week, with their take on the BvS trailer. Check it out.


Aww, we love what Batman Notes had to say about Henry..

Not happy about #Superman being portrayed as a bad guy 😡 Plus #HenryCavill is such a likable dude. #BatmanvSuperman pic.twitter.com/So8bNwusxs
— Batman Notes (@BATMANNOTES) April 19, 2015

Back to the Batman v Superman trailer voice-overs, some of you recognized Neil deGrasse Tyson in there as well. And while talking to Jon Stewart Thursday, the astrophysicist gave up some scoop on the plot of the film. Sure, make Supes the bad guy like Batman Notes said :/

Talking about the REAL bad guys..

At least we probably don't have to deal with that monster until Justice League.. or do we?

Bleacher Report also gave us a closer look at the Batman, Superman, and Wonder Woman costumes: Watch their visit to the Warner Bros. Studios in Burbank.

And this clip was all sorts of awesome. Yahoo got THE BEST answers when they asked 'Avengers' director Joss Whedon, Chris Evans, and Jeremy Renner what they thought about the Batman v Superman trailer. Our favorite parts came via Captain America himself:

"How does anyone fight Superman? (..) I feel like [Superman] would bulldoze our whole squad, they really wrote him unfairly. It’s not fair, he’s got too much.”

Henry also created A LOT of Batman v Superman buzz while he was at CinemaCon a few days ago. And you guys loved every second of it!

Freakin love Henry Cavill. He's the perfect superman. Even in interviews, you can immediately tell he's done his homework on the comics.
— Matknapers (@Matknapers18) April 25, 2015


Don't miss all of his interviews out of Las Vegas.

Finally, the joy of being a Henry fan..

HENRY CAVILL SIGNED A PICTURE FOR ME AD SPELT MY NAME RIGHT AND LOOK AT IT IM SOBBING HES TOUCHED THIS PIECE OF PAPRR pic.twitter.com/Uydm8tXt6a
— ashleigh!aou (@Spirktacular) April 19, 2015

@HenryCavillNews My uncle got me a signed photo from henry! He said he was a really great guy :D pic.twitter.com/6ixUfueDcg
— ashleigh!aou (@Spirktacular) April 19, 2015


He sure is. Stay tuned for the latest Batman v Superman news!