Aaaaand we're back! -- You know, after watching the first Batman v Superman trailer 10 or 100 times.. we lost count.


I mean seriously, looks at dat face #HenryCavill and then come and tell me how u would't trust him with ur life 😂❤️❤️
— مــاســــه (@MasaAlSaigh) April 18, 2015


Uh huh.. and the excitement is far from over, as we count down to Monday's IMAX screenings across the U.S. and Canada. Especially, after director Zack Snyder revealed more new footage is on the way!


If you are among the lucky fans who are attending the IMAX event, here's what you're reportedly in for (spoiler alert). Just keep in mind, those plans were likely tweaked after the leak. Now back to the trailer, did you catch the Easter egg? -- Oh man, that bleeding reference makes us nervous :/ 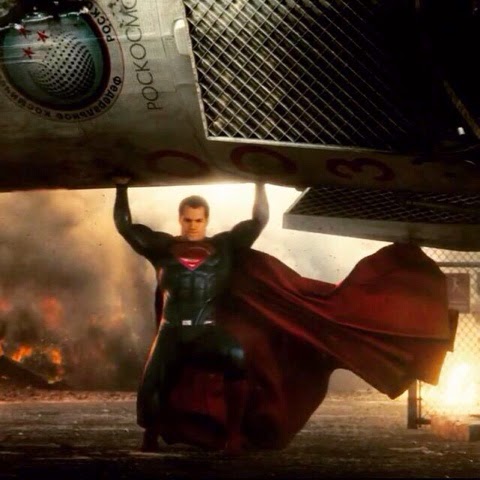 lol.. we love you guys. Also while watching the trailer 20 or 200 times, we couldn't help but think of how much work went into making Henry look like that iconic image above.

Of course the costume was the amazing work of Michael Wilkinson, who told us what a pleasure it was to work with Henry.

Thanks for all your amazing comments on my costume #design for #BatmanvSuperman #DawnofJustice - let the dialogue begin!
— michael wilkinson (@wilkinsonmartin) April 18, 2015

But it was also Henry's intense training under the guidance of Michael Blevins, who just exclusively talked to us about Henry's determination when preparing for his superhero role:

Henry is always looking to better himself, he wants to do bigger and better. It's not such a matter of, "I can get away with whatever because I've proven it once" -- It's coming back to be either stronger in reality and more fit in reality and looking better in reality, so that when it's proposed on the screen, it comes across that he's better and bigger and he's learned.

Don't miss Part 1 and Part 2 of our interview with Blevins, where he shares a lot of cool details about Henry's transformation into Superman. 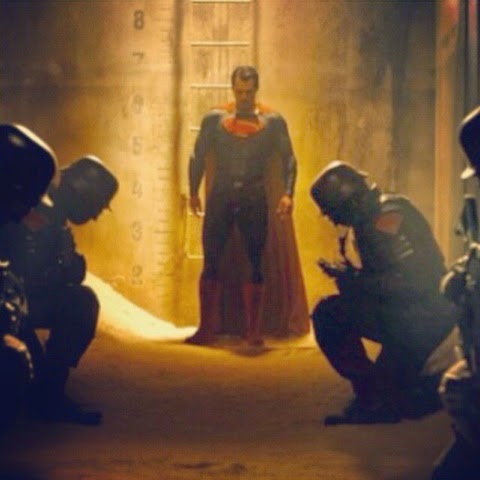 The reaction to Henry's new look as Supes was immediate, with fans clearly loving him in the trailer.

@HenryCavillNews so proud to be a Henry fan! He killed as Superman!
— cinthia paiva (@cinthiapaiva) April 18, 2015

And we already know that Henry Cavill will be a boss superman cuz let's face it the only good #superman movie this decade is #ManofSteel
— #Arab.Light.Skin (@ThePlayist) April 18, 2015

Oh my, I'm speechless.. Just woah! We have to wait so long to see it, but freaking thumbs up for the trailer! https://t.co/Asw2XRbhvI
— Henry Cavill Cartoon (@HenryCavillToon) April 18, 2015

I just love the red and yellow S for #HenryCavill #Superman in #BatmanvSuperman it pops so much more on his beautiful chest.
— Tej K. (@CloisLover) April 18, 2015


Bloggers loved the trailer too!.. and shared some details you might have missed, thanks to those "chiseled Cavills."

At any rate, we’re pleased to announce that the 133-second clip has everything: your bestubbled Afflecks; your chiseled Cavills; your low-slung Batmobiles; your weird voiceover cameos from Charlie Rose and Neil Degrasse Tyson (and was that Tobey Maguire we heard?); your glowy-eye Batman suit; and of course, your many sundry and varied ’splosions. What it doesn’t have is a glimpse of Gal Gadot’s Wonder Woman. Still, we’ll take the baby steps; there’s still more than a year to go before this thing hits theaters and the DC Cinematic Universe takes off in earnest.

Just like Beyoncé’s self-titled 2013 album, the trailer to “Batman V Superman: Dawn Of Justice” popped up out of nowhere last night (April 15), and for the first time since the film was announced we see The Dark Knight and Man of Steel together sharing the same cinematic screen. The trailer to the Zack Snyder-directed film was originally intended to arrive on April 20, but seeing as how this is the digital era — a time when just about everything fails to go as planned — we got it early.

In case you missed the internet crack open like the fiery pits of Apokolips, the new Batman V Superman: Dawn Of Justice trailer is here, and it is quite the serious affair. Never before have fans seen the Dark Knight and Man of Steel share the same screen in live-action, but this trailer delivers exactly that plus plenty of clues for what to expect from the 2016 superhero grudge match. -- Continue reading -->> SPOILER ALERT territory.

Screen Rant also did a great job breaking down the details of the trailer and what was revealed. Their post is a MUST READ.

But it all comes back to the fans, and this Trailer Reaction Mashup pretty much sums up what we already knew: Batman v Superman is gonna be the movie of 2016!


We're headed to our IMAX screening on Monday, and we want to hear from you if you're going too!

So please tweet us/Instagram us/reach out on Facebook with your pics and reaction to the trailer, or leave your thoughts in the comments section. We're all about the support for Henry, and want you to be part of the conversation. Go Superman!
Posted by Blog Administrator