Happy Friday: New Picture of A Smiling Henry In London! 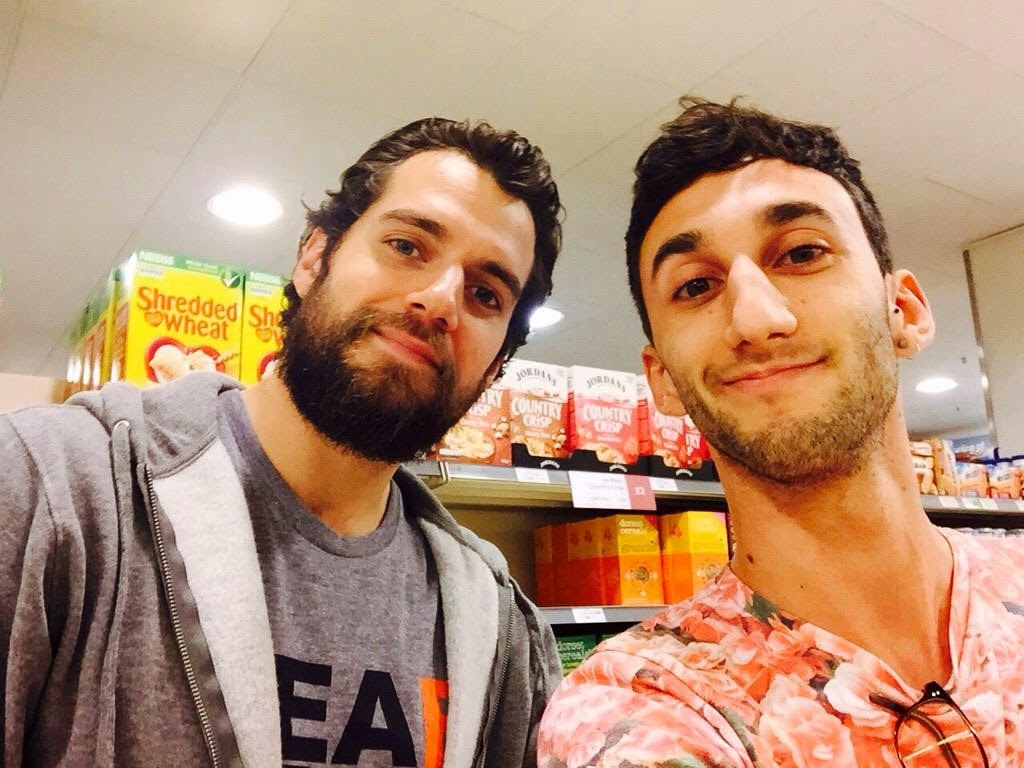 
Henry is going to China soon, but it looks like he hasn't left just yet! -- Federico Eccher ran into him in London, and it's always nice to see that smiling face. Thanks for sharing.

Thanks to @henrycavill for continuing to support us all the way from England :) http://t.co/ttlkEO2r7m
— GearBox Rx (@GearBoxRx) April 10, 2015


And Michigan's GearBox Rx was happy to see Henry wearing their t-shirt. He spent most of last year living in the Detroit area, as he filmed Batman v Superman there. In fact our Fan Pic of 2014, what taken right outside their store.

Like always, you guys are the best with your comments..

Why do I never find men that look like #HenryCavill at my grocery store? https://t.co/IjSWBWyXMi
— Dornan Dilettante (@dornanilettante) April 10, 2015


We ask ourselves that same question every day. :/

Have a great weekend everyone, and stay tuned for updates from Shanghai!