Henry's Message Seen Around The World: Support The RMCTF 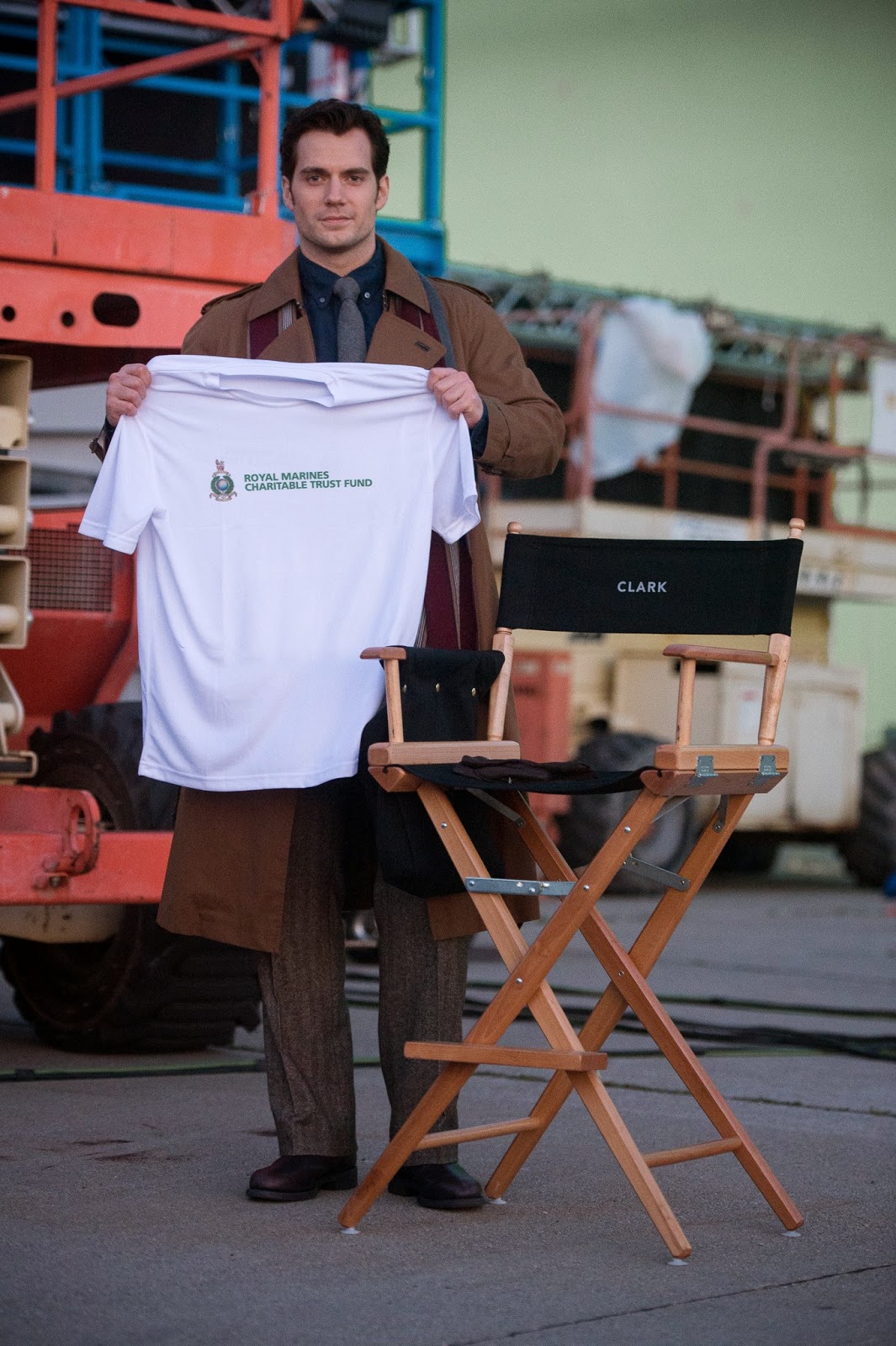 What a way to support his charity of choice. Here's a new look at Henry on the set of Batman v Superman, as he promotes the 1664 Challenge to benefit the Royal Marines Charitable Trust Fund. We are proud to join the effort to help raise funds for the charity, that has welcomed Henry as its ambassador. The RMCTF is giving you a chance to win two t-shirts signed by Henry (1 white,1 black). We'll be bringing you details on how you can participate soon. In the meantime costume designer Michael Wilkinson, has shared confirmation about what everyone is talking about.

The first look at Henry as Clark Kent, has given worldwide attention to the charity that provides a better quality of life to serving and retired Royal Marines and their families. Please help if you can.
Posted by Blog Administrator