See what we did there with the "v" in the headline? ALL Zack Snyder's influence. Today he hit us with a whopper of a pre-4th of July surprise, when he gave a revealing interview to USA Today. Did we mention it came with a FIRST OFFICIAL BATMAN V SUPERMAN STILL OF HENRY AS SUPERMAN?! figured the web had told you. Back to the "v," the director explained why he choose it instead of the traditional "vs." He also shared some very cool production details. Yes, Henry and Ben have shot scenes together, no, Gal Gadot has not started filming. Anyway, DON'T MISS THE ARTICLE in USA Today (and be careful when you click on that HQ pic: can cause heart palpitations). The reason for this post however, is to try and sort out the differences in Henry's look in Man of Steel, compared to Batman v Superman. Luckily, someone already did the job for us. 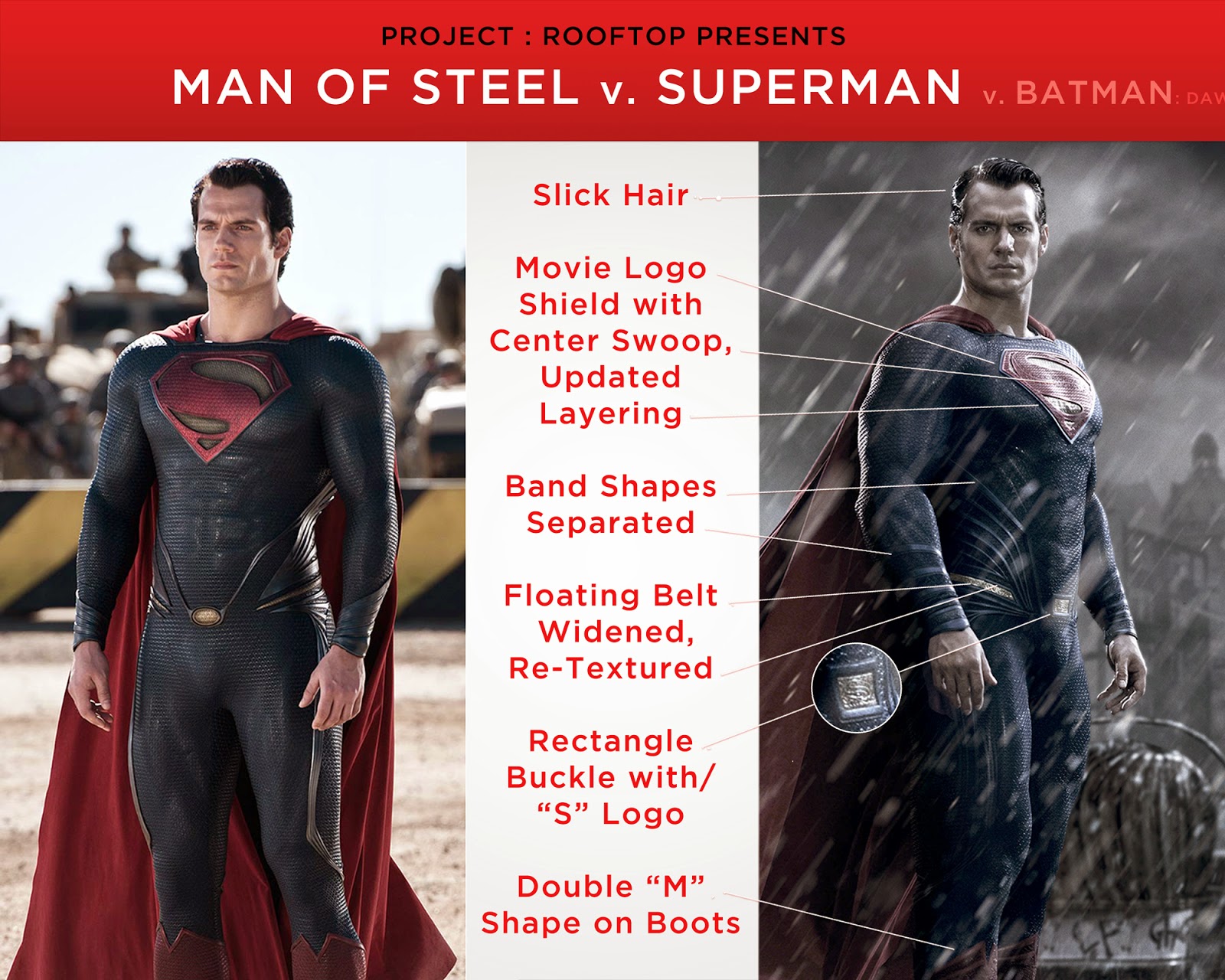 Thank you Project Rooftop and of course Michael Wilkinson, who designed the subtle yet sleek new changes in the Superman suit. You guys seemed to approve, when we asked what you liked best about the new look.

@HenryCavillNews I love all of it but I'm happy they didn't put a collar on the suit I also like his hairstyle he's much stronger/confident
— Rawan Zubaid (@RawanZubaid) July 3, 2014


@HenryCavillNews Everything. There's not been one false note regarding this movie. Everything is pretty much perfect so far.
— Logan Kehres (@TheFireRises20) July 3, 2014


@HenryCavillNews this look in this picture now. so serious. i like that.
— Erin Sullivan (@ecsullivan83) July 3, 2014


Moving on to Clark. We got a sneak peak at how Henry will look as the Daily Planet journalist, when the Royal Marines Charitable Trust Fund shared a photo of him supporting their cause while on set in Detroit. All he's missing are the glasses according to Wilkinson, and he is the costume designer so he should know. We put this collage together with pics of how Henry looked for Man of Steel. What can we say, deciding which look we like best has never been an issue. That's because it's all about THE MAN, no matter what he wears. Go Henry! 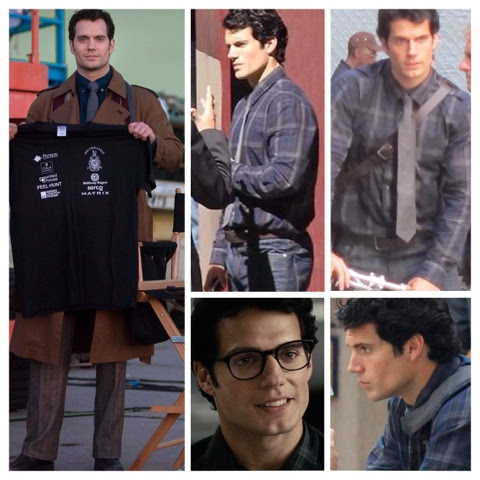 Email ThisBlogThis!Share to TwitterShare to FacebookShare to Pinterest
Labels: All About Henry, Batman v Superman, Man of Steel, Superman Rules