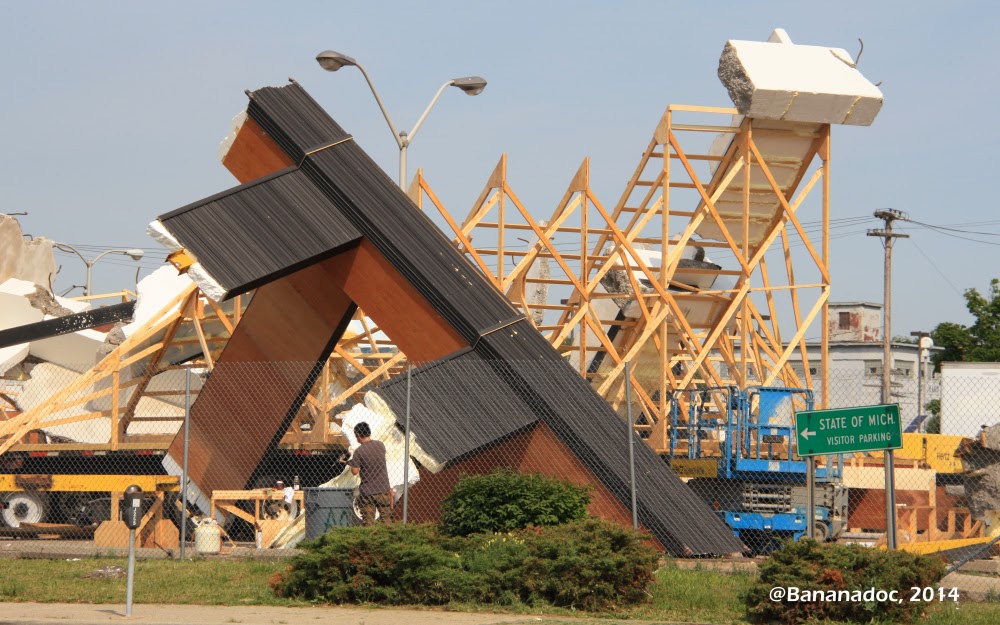 It turns out we had it ALL wrong. They are not "constructing" a Batman v Superman set in downtown Detroit, they are more like destroying it. Yeah, looks like a battleground alright. But are we looking at Metropolis or Gotham? sure we'll find out as filming gets closer. 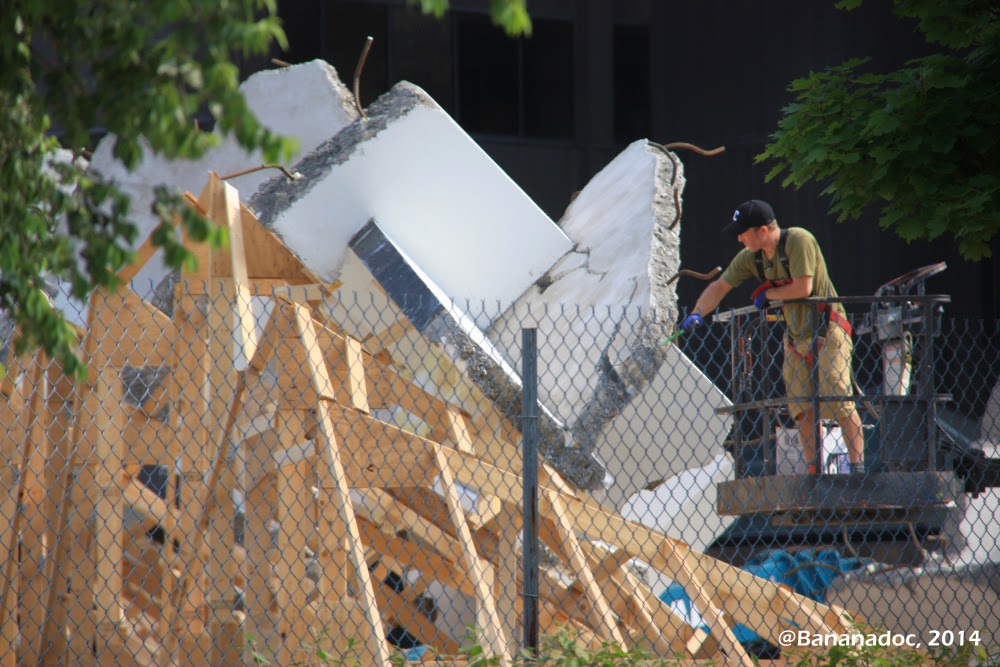 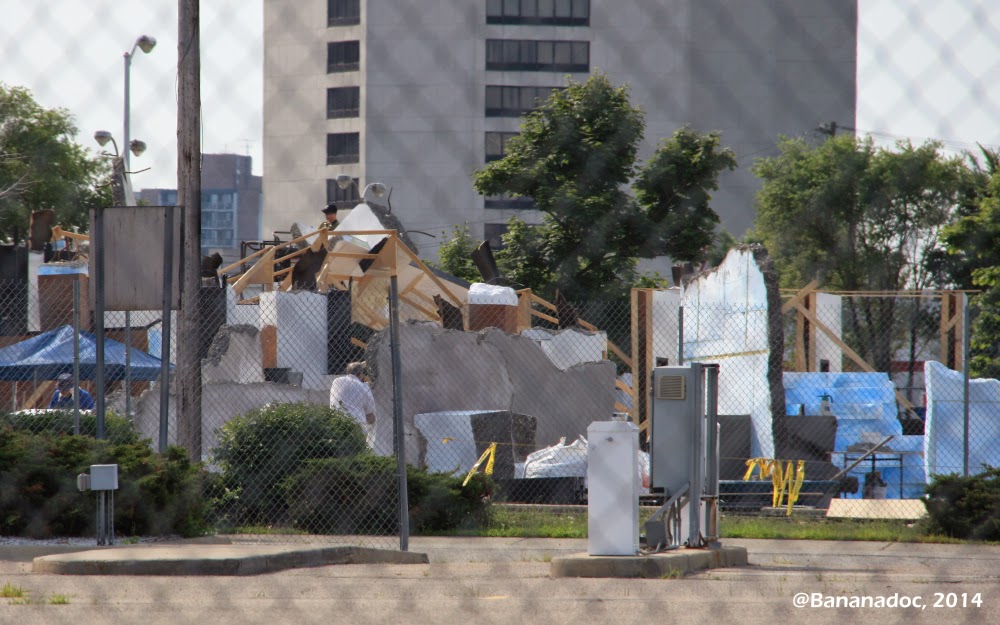 Bananadoc shot these latest photos (you can see the rest on their blog). But what caught our attention, was news of a potential Kal sighting, who we haven't seen since he arrived in Michigan with Henry back in January:

Apparently several crew have been fired for taking cellphone pictures of the set and the stars. And there is so much concern about information leaking out that both of the main characters have been instructed to wear robes on set. An unnamed source has suggested that this is an unpopular dictate, and Henry breaks the rule and walks his dog in full costume.

Now of course this is all second-hand info and we are taking it with a grain of salt. Especially because we hear only a selected group of people have seen Henry in his Superman suit so far (yes, we mean you Clay and Larry). But again that could all be about to change, with the downtown set getting ready to go. Either way we really hope Kal does get to keep Henry company in the studio. Pets are the best!

As far as the studio trying to maintain its secrets, it makes total sense. Just read what a marketing exec told EW in its latest issue, that talks about that fake Batman v Superman script getting around:

"If you want to stand out, your best chance is to hold as many treats as possible for the moviegoer." 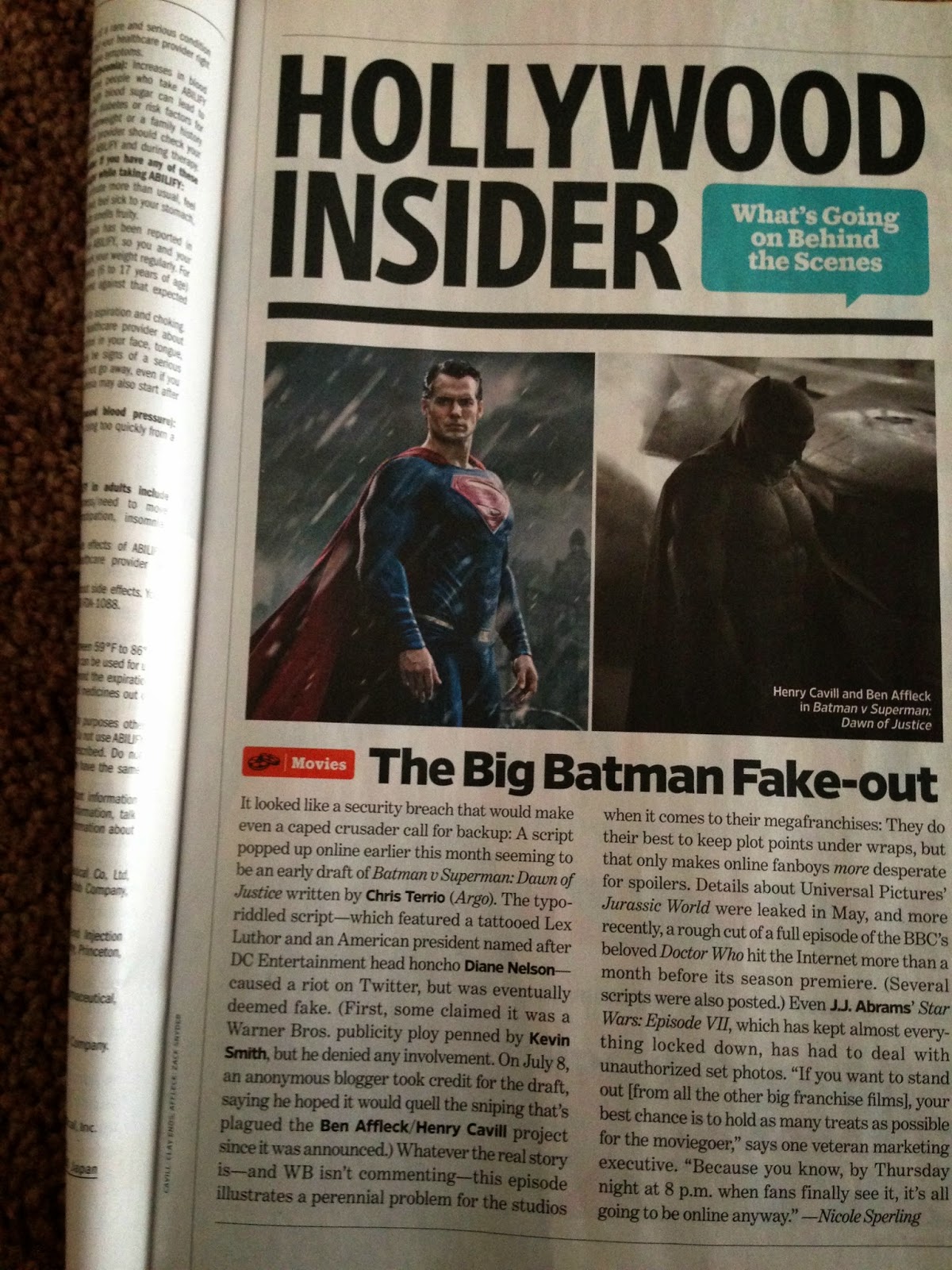 Ain't that the truth. Latest spoiler-free news from Detroit, as it comes in!
Posted by Blog Administrator