Heads Up Superman, Hercules Is No Friend Of Yours 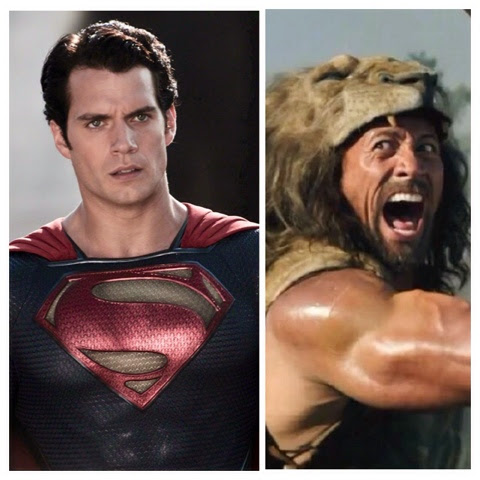 Uhm, Superman.. you may want to stay away from Hercules for the time being. During an interview with Digital Spy, The Rock admitted he's close with Henry.. just don't ask him to pick sides. Because in Dwayne Johnson's world, Superman hits the dust. Ouch. WATCH (at about 1:00).

I know Henry very well. He's a buddy of mine, and who would win in a fight between Hercules and Superman? Just to be clear, you're talking about my Hercules against Henry's Superman.. I would take my club and I would knock Superman into next week, and then I would whoop his ass for leaving.

Alright then.. buddies it is.
Posted by Blog Administrator