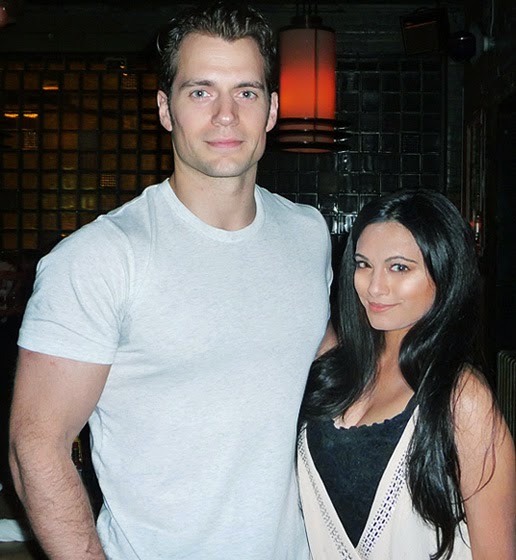 Let's just say when Priya (@Priya8888) sent us her pic with Henry we needed a moment. Massive doesn't even begin to describe him. Go ahead Batman, give it your best shot. Wow!

Henry was having dinner with friends in suburban Detroit last night, when Priya noticed him (us: impossible not to). We'll let her tell you what happened next:

Henry was in a booth behind us with his friends. I didn't want to interrupt him, but then he got up and walked to the restroom, and as he walked back to his table, I called him over and briefly spoke to him and asked for a picture. He was such a gentleman, and he did not have an ego at all. I said I was sorry and didn't want to interrupt him with his friends, but he made sure to tell me that it wasn't a problem and he was more than happy to take a picture. He truly is Superman.

Seriously, how could you not respect and appreciate the man. Plus, you know.. MUSCLES. We are so happy Priya got a chance to meet Henry. She'll have this HOT pic to remind her of her encounter with who we consider one of the nicest guys in Hollywood.. soon to be kicking Batman's butt. Oh, yeah. Thanks Priya! - See everything else from last night.
Posted by Blog Administrator