Sure, we've known for a while an epic battle is taking shape in downtown Detroit. Fake concrete slabs sticking up from the ground in apparent crater formations could only mean we're in for a badass fight on the set of Batman v Superman. (See more photos from this set). 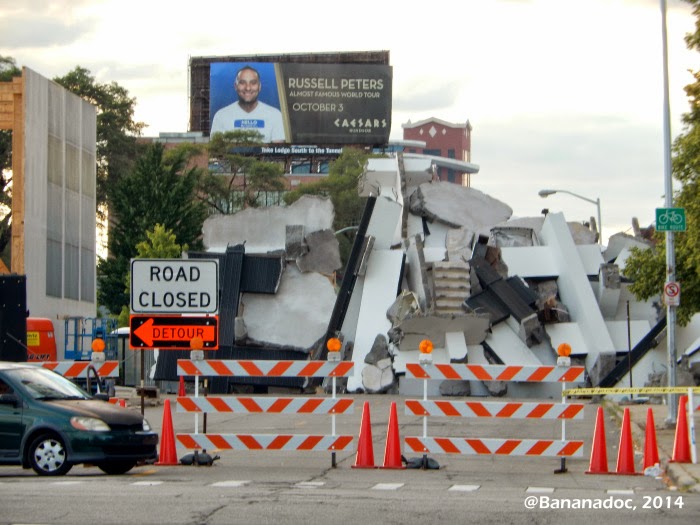 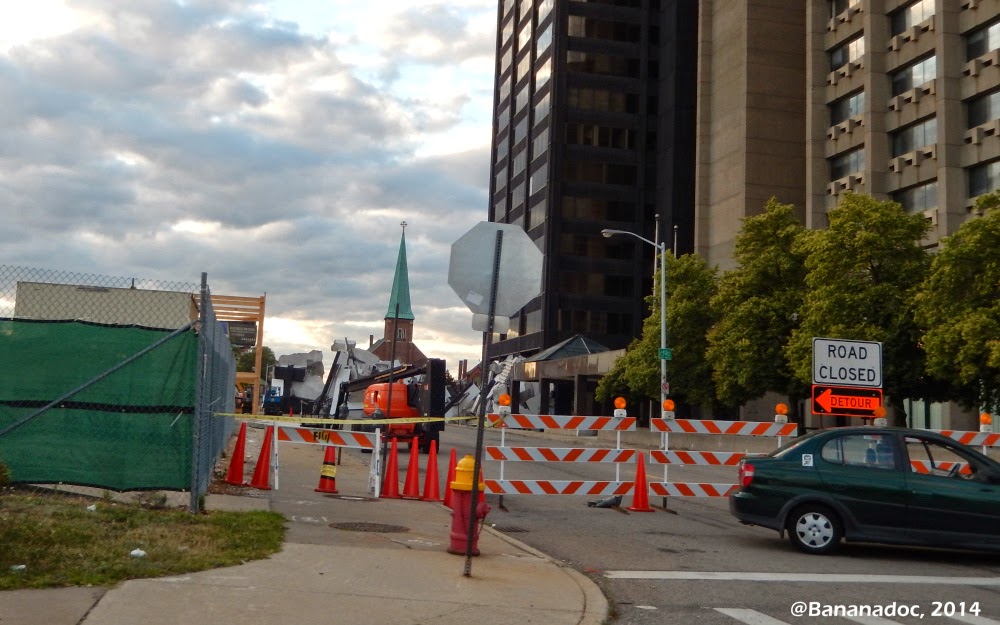 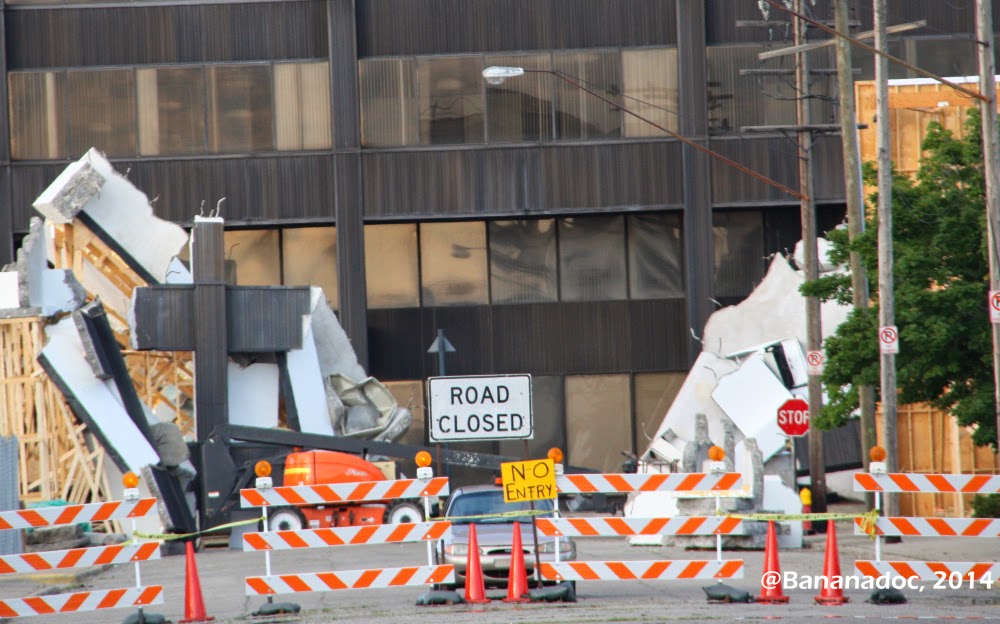 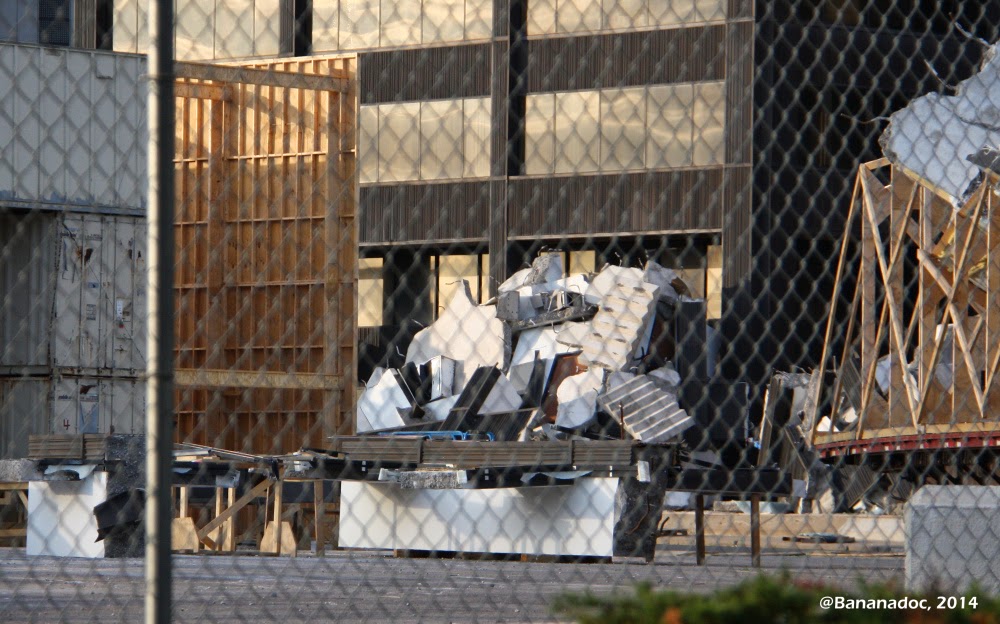 But after seeing these latest pics of smashed vehicles, there's one thing we know for sure: Metropolis is toast unless Supes can save the day. 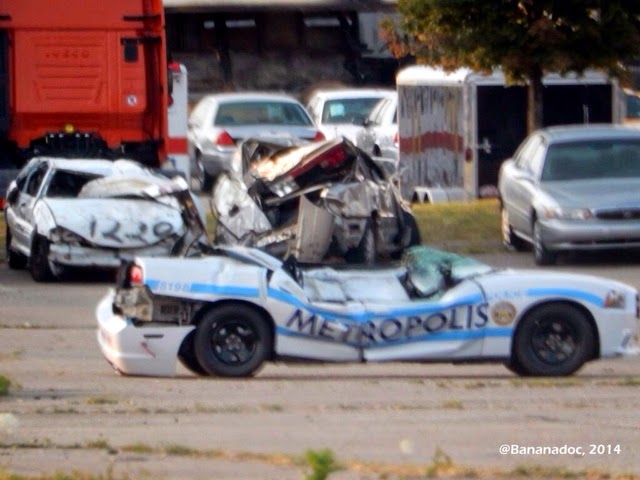 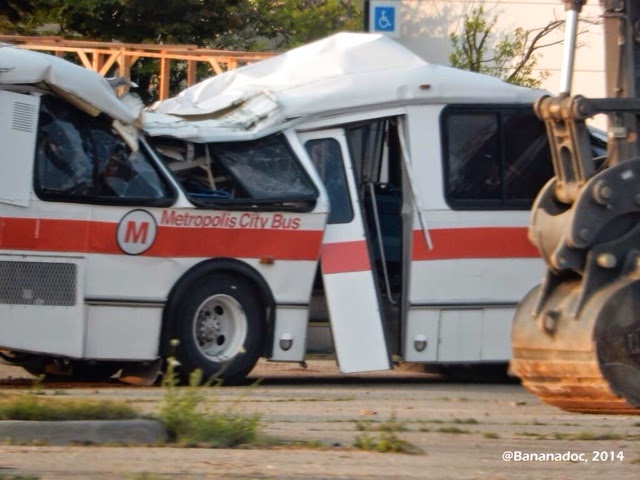 And here's a cool prop from Gotham, spotted at the Michigan Motion Picture Studios. 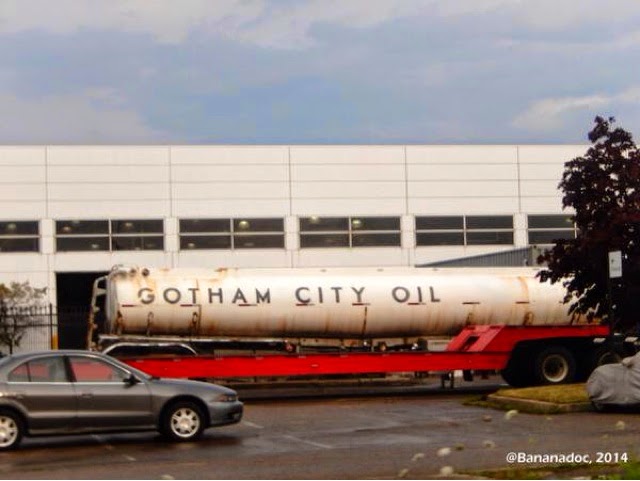 There was some real damage in the backlot of the Pontiac studios, after storms toppled some green screens there Sunday. It doesn't look like it caused any filming delays though, since we hear that set has been very busy these last few days. 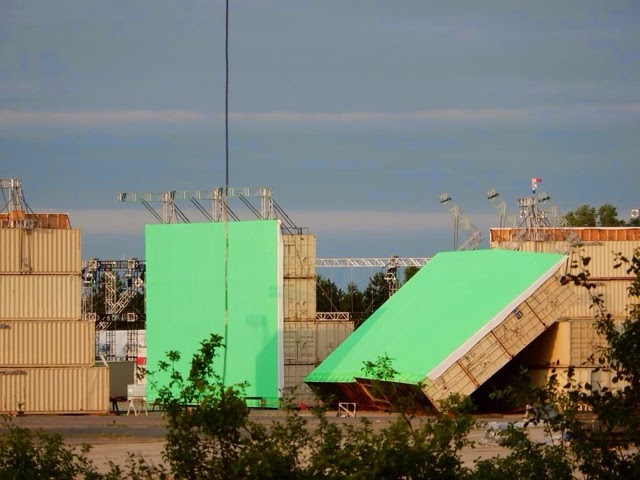 More to come from a stormy Detroit!
Posted by Blog Administrator