New Pic: We Think Someone May Soon Be London Bound! 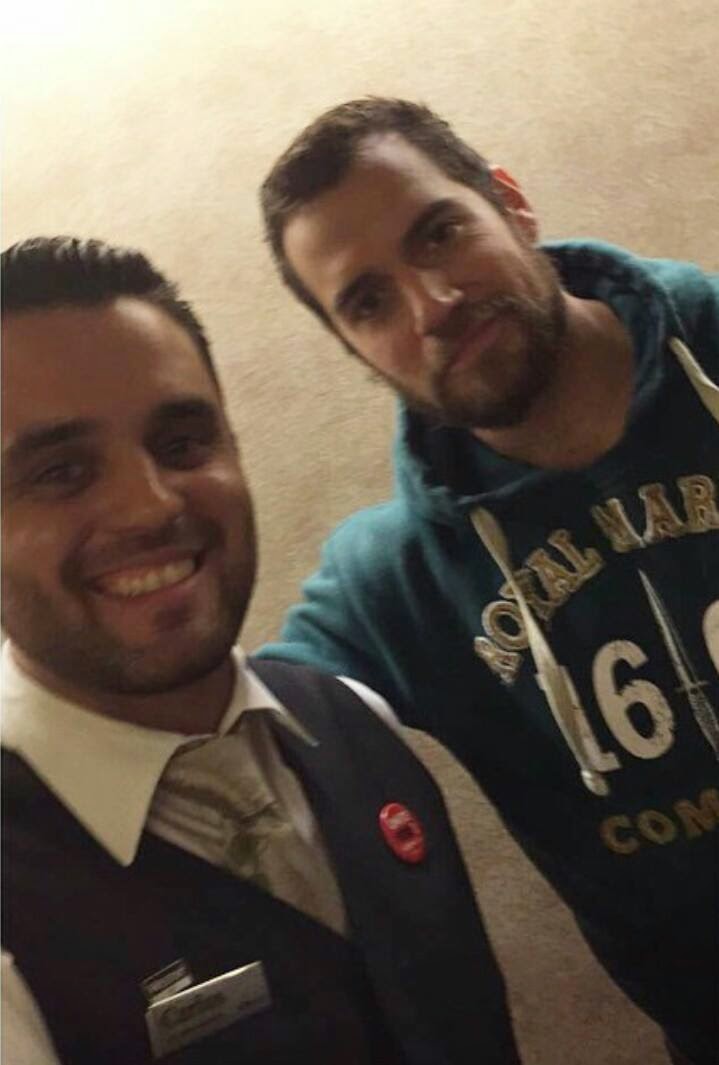 "I just helped Henry Cavill with his luggage today. That makes me like, super Superman"


Carlos (kouki_monster_sw20) met Henry today, and we're thinking he may be headed to London soon!

Henry is confirmed to attend the BAFTA Film Gala dinner on Thursday, and there may be other potential appearances in store.

Two things we noticed right away in this new picture.. the Superman beard is back!

And the second thing, also caught your attention..

Henry once again wore his RMCTF hoodie today. A very cool way to represent the charity, as he nears his fundraising goal.

Henry wore it last time he passed through LAX a few weeks ago, and as the charity tweeted, you can own it too!

Look for full coverage as Henry hits London for BAFTA awards week. We are ready to go!
Posted by Blog Administrator