Hang On To Your Aprons! Solo May Be Back On The Big Screen 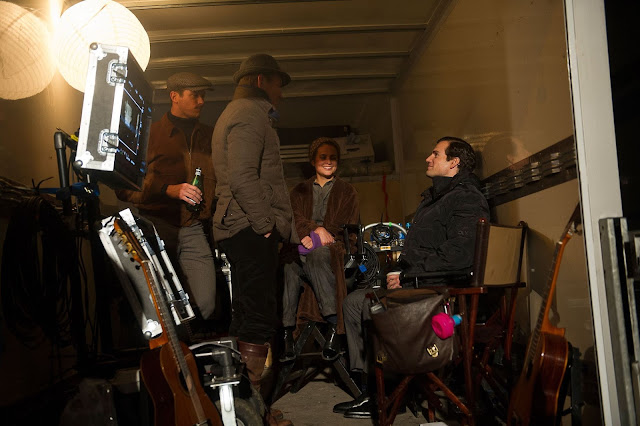 The Easter bunny aka Armie Hammer, has brought us the best treat of all this holiday weekend. While promoting his new film Free Fire, he also confirmed some exciting The Man from U.N.C.L.E. news to Slash Film.


"I called Lionel Wigram, the producer of the movie, and he and Guy produced it and wrote it all together. I was like, ‘Dude, what’s the deal? I get asked about this shit all the time. Can you just write a sequel?’ He was like, ‘You know what? Yeah, fuck it, I’ll do it. Sure, I’ll write a sequel.’ I was like, ‘If you write one, I’m sure we can get one made,’ so who knows? Today is the first day I’ve actually told anyone that story. I only told one other person who asked. Apparently, the sequel is being written right now. No pressure, Lionel!"


UPDATE (4/17) Collider was the other outlet Armie mentioned.

Watch the video and read Collider's thoughts on a sequel actually happening.

Now we don't want to read too much into Armie's statements, because it takes A LOT to put a film together.. but please make it happen Guy Ritchie!

When we talked to Henry on The Man from U.N.C.L.E. red carpet in New York, he was more than up for it:

"We've now seen the birth of the origins Solo in a modern setting, and I'm looking very very forward to playing around with that.. and maybe seeing him in Istanbul."

You may remember the film ends, with the newly assembled U.N.C.L.E. team headed to Turkey. A script in the works is a great way to get that ball rolling again!

A big thanks to @GeekPride5 for the heads up.
Posted by Blog Administrator