I was working while working then I remembered I had this moustache #LipCaterpillar
A post shared by Henry Cavill (@henrycavill) on Apr 20, 2017 at 11:34am PDT


UPDATE: Wait a second.. is that his character's name??!! (sorry, kinda blind). Hello Walker! look forward to finding out more about this mysterious role.

As seasoned fans, this is something we know you know. Whenever Henry changes his look, the internet goes bananas. People like it, they don't like it, they want his hair longer, shorter, curlier.. this time is no different except it has to do with his mustache and clearly he's heard from you all!

Today he shared this funny post and pic from the Mission: Impossible 6 set in Paris, making note of it.

Internet, you got his attention.

I think Henry Cavill with short hair and mustache might just be my favourite Henry Cavill. I'm into it.
— Nicole.Elizabeth (@msnicolecino) April 20, 2017


Henry Cavill with a smile and a mustache looks completely unrecognizable from those Superman movies
— Superfast julienfish (@MetalGearJulien) April 20, 2017


And as always.. the voice of reason.


Thanks for the update Henry! -- The countdown to his next change of hairstyle begins in 3..2.. 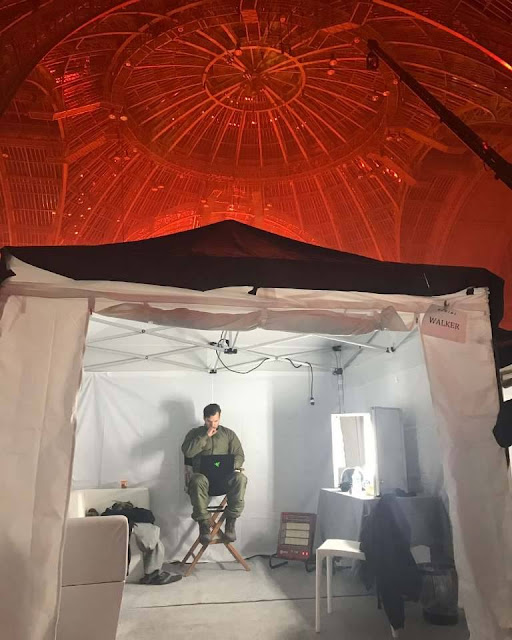 UPDATE 2: Director Chris McQuarrie's new post from the set.. we just know this action sequence is gonna be awesome!

Our sincerest thanks to the hardest working background artists in Europe. #MI6
A post shared by Christopher McQuarrie (@christophermcquarrie) on Apr 20, 2017 at 9:11pm PDT