can you believe henry cavill tom cruise and rebecca ferguson are gonna kill me in MI6? i love death.
— patricia ✨ (@kryptonsgrl) April 19, 2017

Director Chris McQuarrie making us all explode in joy, after posting a first look at Henry on the Mission: Impossible 6 set. Oh yeah, that other guy that runs for a living and performs a stunt here and there was also there.. both looking like they're about to jump off a building. OMG. 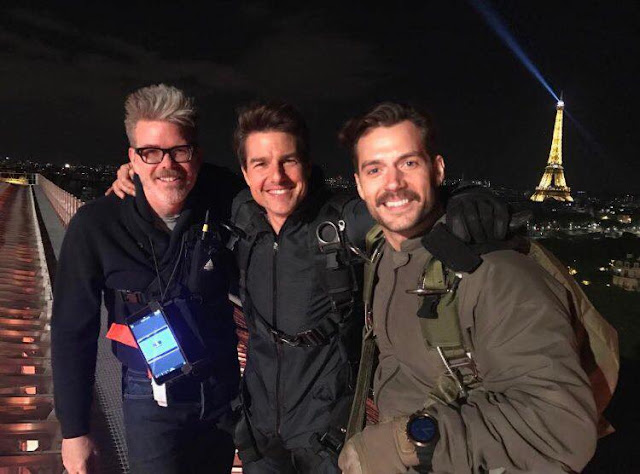