Now that Henry has wrapped Nomis, his focus will shift to Mission: Impossible 6. Pre-production for the film is underway, and this week director Christopher McQuarrie shared a look at Simon Pegg as he prepares to return to his role as Benji in the series. As expected, it appears some of the filming will take place at Pinewood Studios outside of London where some of Rogue Nation was shot.

When McQuarrie invited Henry to join the next mission, his photo was from New Zealand. Other confirmed locations include Paris and India. Mumbai served as a background for scenes in Ghost Protocol.

Filming is expected to run from April 8th/10th through at least September, but there is no word on when Henry will be shooting his scenes. Look for updates as we get them.

In the meantime, Sand Castle is almost here! 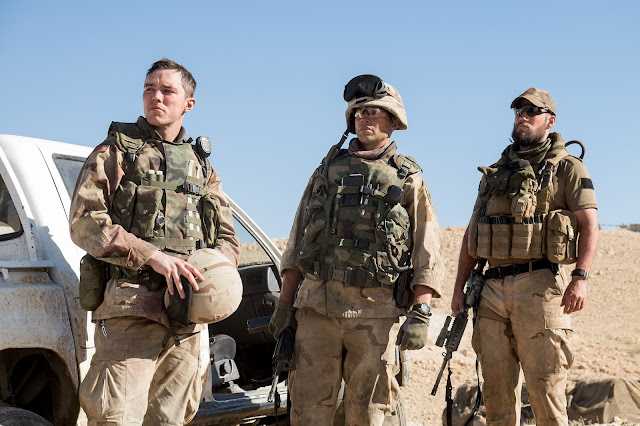 The war drama will premiere on Netflix on Friday, April 21st. Just like with Nomis and M:I6, we don't know much about Henry's role in the film. But that only makes us more excited to find out all about Captain Syverson.

Less than three weeks to go!