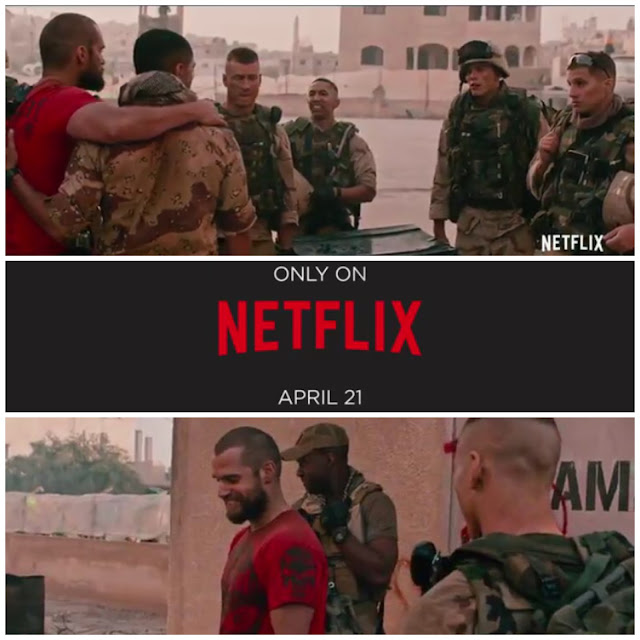 Sand Castle hits Netflix this Friday, and as we count down to its release the buzz for the film keeps growing!

This past weekend The Telegraph included Sand Castle on its list of Best New Films On Netflix this month.

"In a nutshell: Based on true events, this Iraq War drama started out on 2012's Hollywood “Black List” of brilliant but unmade screenplays (along with Oscar-winners including Arrival and Whiplash). Now a Netflix Original, it stars Skins’ Nicholas Hoult as a young machine gunner whose peacable mission – repairing a broken water system in a rural village – soon takes a turn for the worse."

Last week Netflix released a first clip from the film, that features Henry giving a southern welcome to his fellow soldiers as they arrive for their next mission during the Iraq war.

It really gave fans a glimpse at his performance as a Special Forces Captain in the U.S. military.

Just a few more days to go until we get to see the rest!

A shout out to Rebecca for letting us know about the article.
Posted by Blog Administrator