Hi Everyone! I'm back! As you can see, I'm here in beautiful Paris. Far more beautiful than I remember in fact. So much so that its been inspiring me to get out and about and do as much running as possible. Which is a good thing because the Durrell Challenge is just around the corner. How're you all doing with your running? #Paris #DurrellChallenge #CookieDuster
A post shared by Henry Cavill (@henrycavill) on Apr 15, 2017 at 1:18pm PDT

Four weeks from tomorrow, Henry will be back in Jersey to participate in The Durrell Challenge and today he posted an update (hello mustache!) from Paris, where Mission: Impossible 6 is filming.

If you want to join Henry in the run, go to doitfordurrell.com. This year there's a new Superhero Stroll you can also take part in, and we guarantee you're going to love  the island. Thanks to your amazing support, Henry has passed his fundraising goal, but this is no time to stop! HERE'S THE LINK TO DONATE.

You will be helping Henry's gorilla family, his Bat Ben, and so many other animals that benefit from Durrell's work around the world. 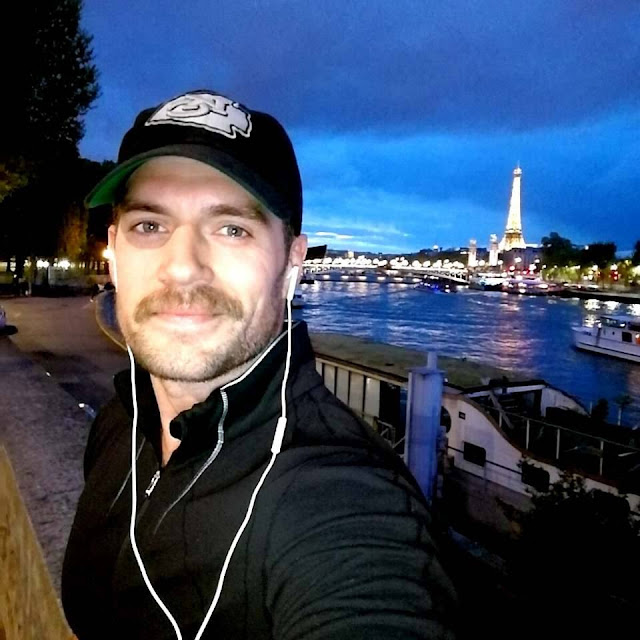 Back to Mission: Impossible 6, what do you guys think? is this Henry's new look for the film?.. it looks like the long hair is gone. Keep checking back for production updates from Paris!
Posted by Blog Administrator