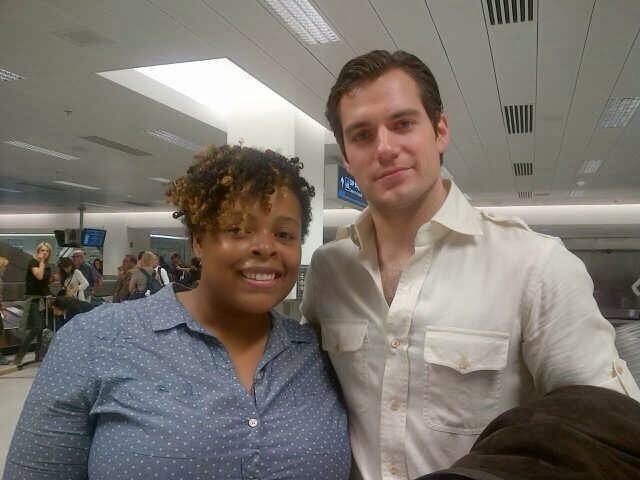 Turks and Caicos politician Akierra Missick was on her way out of London over the weekend, when she boarded the same flight as Henry as he left town after wrapping The Man from U.N.C.L.E.

She shared with us the photo she took of her sister with him. Missick tells us Henry was "really humble and polite, even when people asked for pictures." She added that he was "an absolute gentleman, very nice and accommodating." Doesn't surprise us at all.

Henry is currently preparing to reprise his role as Clark Kent/Kal-El in the next installment of Man of Steel, set to begin filming soon.
Posted by Blog Administrator